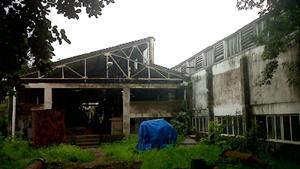 However, RBI said early and expeditious formulation and implementation of corrective action is key to resolution of banks' bad asset problem.

The framework (Framework for Revitalising Distressed Assets in the Economy – Guidelines on Joint Lenders' Forum and Corrective Action Plan) specifies various timelines within which lenders have to decide and implement the CAP.

The Framework also contains disincentives, in the form of asset classification and accelerated provisioning where lenders fail to adhere to the provisions of the framework.

RBI noted that delays have been observed in finalising and implementation of the CAP, leading to delays in resolution of stressed assets in the banking system.

In this context, RBI has now clarified that while corrective action plans can also include resolution by way of flexible structuring of project loans, change in ownership under strategic debt restructuring, scheme for sustainable structuring of stressed assets (S4A), etc, these have to be implemented in an expeditious manner.

RBI has directed lenders to scrupulously adhere to the timelines prescribed in the framework for finalising and implementing the CAP.

RBI said, lenders should ensure that their representatives in the JLF are equipped with appropriate mandates, and that decisions taken at the JLF are implemented by the lenders within the timelines.

RBI has cautioned banks that non-adherence to the instructions and timelines specified under the framework will attract monetary penalties on the concerned banks under the provisions of the Banking Regulation Act 1949.