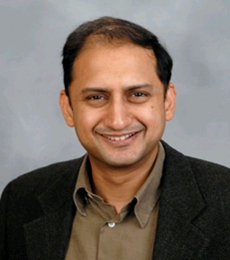 Instead of the government scurrying for funds to capitalise bad loan-saddled lenders, re-privatising nationalised banks would be a better option, Acharya said while addressing an FICCI women's wing event in Mumbai last evening.

"Perhaps re-privatising some of the nationalised banks is an idea whose time has come ... this would reduce the overall money government needs to inject as bank capital," Acharya said,

Such a move, he said, will also help preserve government's 'hard-earned fiscal discipline' that has made the country a 'darling' for foreign investors along with stable inflation outlook and the diverse nature of the growth engine.

Most of the state-run lenders were private entities before Prime Minister Indira Gandhi decided to nationalise these in 1969, Acharya pointed out, adding that there is nothing that prevents to divest stakes to get these banks in shape. It has done so with various other state-run undertakings, he added.

He said government control only restricted banks' reach, confounded governance issues and these combined with interference by governments resulted in PSBs ending up with disproportionate size of bad assets.

On prompt corrective action (PCA), Acharya said there is a case for showing "tough love" to undercapitalised banks and make them adhere to the revised PCA rules including restrictions on deposit taking and lending.

Acharya said that healthier state-run banks missed an opportunity in 2013 when their asset quality was much better and could raise private capital by going for a deep discounted rights issue, but can do so again to reduce stress on the government.

''The healthier public sector banks could have raised private capital by issuing deep discount rights in 2013, and some can still do so now. They must be required to do this to share the government's burden of recapitalising banks. It might be a good way to restore some discipline and get the bank shareholders, boards and management to more seriously care about the quality of lending decisions.''

On asset quality, Acharya said, some banks will have assets or loan portfolios that are in good enough shape to be sold in the market. Modern banks no longer just make bank loans but also hold non-core assets such as insurance subsidiaries, market-making divisions, foreign branches etc.

Such non-core assets can be readily sold. Other assets could be collected across banks and organised into different risk profiles, so as to build transparency and trust with healthier banks and other intermediaries with an interest in purchasing them. Such asset sales can generate some of the needed recapitalisation.

On bank mergers to create stronger banks, Acharya said, it may be true that the country has too many public sector banks. The system will be better off if they are consolidated into fewer but healthier banks.

Some of the responsibilities can be delegated to cooperative banks and micro-finance institutions to provide community-level banking, he pointed out.

Such mergers and fresh capital injections, however, should be used as an opportunity to rejig management responsibility away from those who have under-performed or dragged their feet the most.

Besides, synergies in lending activity and branch locations could be identified to economise on intermediation costs, allowing sales of real estate where branches are redundant.

Voluntary retirement schemes (VRS) can be offered to manage headcount and usher in a younger, digitally-savvy talent pool into these banks. Historically, bank stress of the order we face has almost always involved significant bank restructuring.

He said that the IMF's recent report on global financial stability also highlighted the problem by flagging industrial sector as one of the most heavily indebted in the world.

In the report, IMF lists domestic banks as "worse- off" compared to other emerging economy peers because of the "little bank capital" set aside to provide for losses on its NPAs, Acharya said.

"A bank not keeping adequate capital buffer to absorb losses on its loans that are more or less known to be arriving soon is akin to not preparing to rescue with emergency a person who has slipped off the terrace of a skyscraper, and instead in the midst of his almost surely fatal descent, hoping that the laws of gravity would somehow freeze and work differently this time," Acharya warned.
Viral Acharya