GST rollout to be delayed as states put up fresh demands

In fresh roadblocks to the Goods and Service Tax (GST) rollout, states on Tuesday demanded taxation rights for sales on the high seas and also increasing the number of items on which cess is to be levied to compensate the states to deal with revenue loss estimated at Rs90,000 crore post demonetisation. 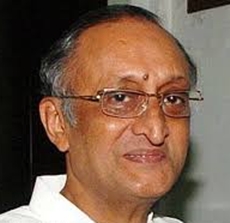 Initially a Rs55,000 crore GST compensation fund was proposed to be created by levying cess on demerit or sin goods and luxury items, but post demonetisation the compensation amount is expected to go up to Rs90,000 crore as most states have seen revenue decline of up to 40 per cent, non-BJP ruled states claimed.

Also, coastal states pressed for rights to levy GST on trade of goods within 12 nautical miles off shore, holding up finalising of the draft law for levy of Integrated-GST (IGST) on inter-state trade.

At the eighth meeting of the GST Council, TMC-ruled West Bengal, CPM-led Kerala and Congress-ruled Karnataka pressed for including an area up to 12 nautical miles in the definition of states within IGST law, a standoff that led to chairman and union finance minister Arun Jaitley agreeing to seek legal opinion on its constitutional validity.

"We couldn't reach a consensus on a very important issue that relates to defining of a state. This is 12 nautical miles from the state. Can states charge GST from them or not? Right now states like Gujarat, Karnataka, Kerala, Maharashtra, West Bengal and Odisha are charging VAT or sales tax within 12 nautical miles. For example when a ship is loaded with oil or products, the tax on that is charged by the states."

All the coastal states, irrespective of parties, combined in saying that they must have 12 nautical miles within the state jurisdiction, whereas the draft IGST law was looking at having taxation rights with the centre," West Bengal finance minister Amit Mitra told reporters.

Day 1 of the panel meeting did not take up the contentious issue of control of assessees, which had been till now holding up roll-out of the GST regime. The issue would be discussed on Wednesday. While representatives of opposition-ruled states were unanimous in saying a 1 April target date for rollout of the new regime is not possible, even BJP-ruled Gujarat said GST could only become a reality from September.

The council, headed by Jaitley and comprising state representatives, agreed on most of the clauses of the draft IGST law, which along with Central-GST (CGST) and State-GST (SGST) which have to be passed by Parliament and state legislatives respectively before the new tax regime can be rolled out.

Mitra said some states earn as much as Rs600 crore and Gujarat gets Rs1,200 crore revenue from taxing sales on the high seas.

Asked about roll-out of GST from April, he said Tuesday's meeting did not even "touch" on the issue of dual control, which was fundamental to the GST rollout. Also, tax slabs on 1,500 items have remained to be decided. "We cannot have a GST that is non-sustainable, flawed and states will not give up their rights to bring it into effect," Mitra said, adding West Bengal was committed to GST implementation but the "demonetisation tsunami" derailed it.

He said tax revenue grew 11 per cent in November 2015, but in November 2016, the month of demonetisation, it contracted (-) 2 per cent. "Every state said their taxes have fallen by 30-40 per cent. (Post demonetisation) every state's compensation would go up. We had initially estimated that at most five states would need compensation, because 14 per cent rate of growth others would achieve.

''Today many states would need compensation. If you need Rs80,000-90,000 crore instead of Rs55,000 crore, where will it come from? That's a double whammy. States are interested that centre should stick to its constitutional commitment," Mitra said.

Delhi deputy chief minister Manish Sisodia said to get a reform like GST through, the centre has to think in moderate terms. "I don't think GST can happen in April, there may be one or two months delay".

Haryana finance minister Abhimanyu Singh Sindhu said the draft of model IGST was "more or less finalised" on Tuesday. "I am optimistic that dual control will be resolved tomorrow," he said.

On the rollout schedule, he said, "Realistically speaking it is difficult deadline (1 April). But I would still not say it is absolutely unlikely. I still see it as a possibility."

The GST Council will again consider the draft compensation law if the quantum of compensation goes up to Rs90,000 crore from the current estimates of Rs55,000 crore, Mitra said. "If you assume 30 per cent decline in tax collection, instead of five states demanding compensation, 10-12 states will need compensation. And therefore the amount of compensation required where will it come from?" he said.

Kerala finance minister Thomas Isaac too said the revenue loss is going to be much higher than Rs55,000 crore.

"Earlier the Council had decided on four commodities for levying cess. Now it has been decided that it would be as notified by Council and at the end of year five it would be merged with the GST rate or divided between centre and states as the Council decides," Isaac said. He further said that Kerala continues to demand that dealers and service providers with turnover below Rs1.5 crore should be taxed only by the states. The state also demanded that IGST collections should be shared between centre and states.

As many as six sectors, including banking and insurance, IT and telecom, and civil aviation, today made presentations before the GST Council and pressed for single registration either with the centre or states under the GST regime.