The government has asked banks and post offices to report all savings bank deposits above Rs2.5 lakh and all current account deposits above Rs12.5 lakh made during the 50-day window for depositing demonetised currency notes to the Income Tax Department. 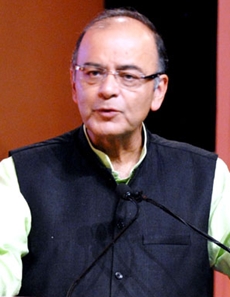 Banks and post offices have been asked to file a relevant statement of financial transactions made between 9 November and 30 December on or before 31 January 2017, an official notification said.

The Reserve Bank of India has asked banks to ensure that customers submit a copy of PAN card for any cash deposit exceeding Rs50,000, if their accounts are not already seeded with PAN numbers, to ensure tax rule compliance in the wake of the recent decision to abolish Rs500 and Rs1,000 notes.

PAN is also required if combined cash deposits over the 50-day period exceed Rs2.5 lakh, as per an RBI circular issued on Tuesday.

The government has been keeping a close vigil on the kind of deposits in bank accounts following the recent demonetisation order and those who will deposit over Rs2.5 lakh in cash will be scrutinised.

The Central Board of Direct Taxes (CBDT) has  also amended rules in the Income Tax Act and asked banks to furnish a statement of financial transaction in one or more current accounts of a person for cash deposits of Rs12.5 lakh and above between 9 November and 30 December.

A CBDT notification issued on 15 November also said that for all accounts except current accounts, banks would have to submit details of persons depositing Rs2.5 lakh and above.

The Income Tax Department is preparing notices to be served on all those depositing money that is disproportionate to their known sources of income, sources said, adding that the department will start serving notices immediately after the 30 December deadline set for the exchange the demonetised Rs500 and Rs1,000 notes.

The Income Tax Department has issued letters to dozen of religious and charitable trusts, asking them to furnish details of 'cash balances' as of 8 November. The trust and societies have been asked to submit cash balances as per their books of accounts as of 31 March up to 8 November to I-T Dept.

The notice also advises the management of such institutions not to deal with Rs1,000 and Rs500 notes, by either accepting cash or paying in cash for any activities after 8 November 2016.
Officials of the Income Tax Department on Wednesday surveyed some real estate players in the National Capital Region to check reports of alleged profiteering and tax evasion by these entities while converting the recently demonetised currency notes. The officials are reported to have made an inventory of cash and sale documents at these locations and checked sale documents.

The department, since last week, had detected unexplained cash and sales worth Rs 100 crore in a similar crackdown by traders, jewellers and other operators while converting demonetised currency notes.

Tax authorities who surveyed jewellery shops in various cities like Bangalore, Kolkata, Panaji and Mumbai are reported to have made significant recoveries and issued notices to over 600 jewellers and 100 money exchangers.

Revenue Secretary Hasmukh Adhia had earlier said that cash deposits above the prescribed threshold not matching with tax returns will be treated as tax evasion and a 200 per cent penalty will be imposed under Section 270(A) of Income Tax Act. Under the current tax norms, under reporting and mis-reporting of income invites a penalty of 50 per cent and 200 per cent of the tax payable under Section 270(A) of the Act, respectively.

Finance minister Arun Jaitley today clarified that private hospitals are not mandated to accept old demonetised banknotes, adding that this has been done to avert misuse of the old currency on a large scale.

Addressing a news conference on demonetisation, Jaitley said 22,500 ATMs will be re-calibrated and nearly 2 lakh ATMs exist as of now.

Talking about speculations on new Rs1,000 note, Jaitley said, ''Rs1m000 notes will not be reintroduced as of now.''