The Monetary Authority of Singapore (MAS), the central bank of Singapore, on Tuesday ordered closure of operations of Switzerland's Falcon Private Bank Ltd in the city state and cancelled the merchant bank status for serious failures in anti-money laundering (AML) controls. 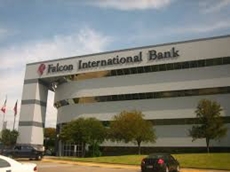 MAS said in a statement it had ordered Zurich-based Falcon Private Bank's Singapore branch to cease operating because of ''a persistent and severe lack of understanding'' of Singapore's money-laundering controls.

It also accused Falcon's senior management, both in Switzerland and at the Singapore branch, of ''improper conduct".

The actions on the three banks follow supervisory examinations by MAS into 1MDB-related fund flows that took place through these banks from March 2013 to May 2015.

MAS said it is working closely with Swiss Financial Market Supervisory Authority (FINMA) to oversee an orderly closure of Falcon Bank in Singapore.

Falcon Bank has been operating as a merchant bank in Singapore since August 2008, offering boutique private banking services. MAS conducted inspections on Falcon Bank in 2013 and 2015. The 2013 inspection found weaknesses in the bank's controls for client acceptance and transaction surveillance that led to breaches of MAS' AML requirements.

Falcon Bank paid a composition fine of S$300,000 for these breaches, and MAS said it instructed the merchant bank to strengthen its AML controls. However, the 2015 inspection uncovered an even larger number of regulatory breaches as well as serious failings on the part of head office senior management and the Singapore branch manager.

MAS said it has decided to withdraw Falcon Bank's status as a merchant bank in Singapore, taking into account the following factors:

The merchant bank's head office failed to guard against conflicts of interest when managing the account of a customer who was associated with the bank's former board chairman Mohamed Ahmed Badawy Al-Husseiny. The former chairman misled and influenced the Singapore branch into processing the customer's unusually large transactions despite multiple red flags.

The improper conduct of the Singapore branch manager and certain senior managers at the head office had impaired the effectiveness of the Singapore branch's compliance function in discharging its responsibilities. Their interference was wrongful and egregious in nature, and contributed to substantial breaches of AML regulations.

MAS said the Singapore branch manager, Jens Sturzenegger, has been arrested by the Commercial Affairs Department on 5 October 2016.

MAS has imposed financial penalties amounting to S$4.3 million on falcon bank for 14 breaches of MAS regulation - Prevention of Money Laundering and Countering the Financing of Terrorism. The breaches include failures to adequately assess irregularities in activities pertaining to customer accounts, and file suspicious transaction reports.

On DBS and UBS, MAS said it has completed inspections of these banks in relation to their 1MDB-related fund flows. The inspections revealed several breaches of AML requirements and control lapses. ''There were deficiencies in the on-boarding of new accounts, weaknesses in corroborating the source of funds, inadequate scrutiny of customers' transactions and activities, and failure to file timely suspicious transaction reports.''

The control lapses observed in DBS and UBS relate to failure of specific bank officers to carry out their duties effectively. MAS' inspections did not find pervasive control weaknesses within these banks. MAS said it has admonished the two banks and instructed their management to investigate the lapses, promptly address the control deficiencies, and take appropriate disciplinary measures against the staff involved.

MAS has imposed financial penalties amounting to S$1 million on DBS for 10 breaches and S$1.3 million on UBS for 13 breaches of its Prevention of Money Laundering and Countering the Financing of Terrorism regulations. MAS has also directed DBS and UBS to appoint an independent party to confirm that rectification measures have been effectively implemented and to report its findings to MAS.

MAS said it is also finalising its assessment of Standard Chartered Bank, Singapore Branch, and will make an announcement in due course. MAS has referred the 1MDB-related transactions processed by Raffles Money Change to the Commercial Affairs Department for their follow-up investigation.

''Keeping Singapore a clean and trusted financial centre is a shared responsibility. The board and senior management of each financial institution play a pivotal role.  They must put in place robust mechanisms to detect suspicious activities, promote strong risk awareness among their staff, and empower their compliance and risk management people. Most of all, they must set the tone from the top – that profits do not come before right conduct. MAS will work closely with the industry to ensure that standards are kept high and will take strong deterrent actions against institutions that fall short,'' Ravi Menon, managing director of MAS, said.