One of the largest banks in the Middle East and Africa, Qatar National Bank (QNB) is buying Turkey's Finansbank SA, a subsidiary of Greek lender National Bank of Greece SA (NBG) for approximately €2.75 billion ($3 billion), seeking to expand its footprint in the region. 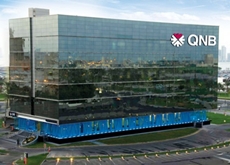 NBG acquired Finansbank in 2006 in a $5-billion transaction that was Turkey's biggest banking deal. The Turkish bank, founded in 1987, was a leading lender with the largest amount of investments and branch network abroad at that time.

It is believed that the current sale by NBG is in compliance with the terms of the European Union's bailout of Greece. Earlier, NGB had plans to divest a 60-per cent stake in the Turkish subsidiary through a public offering. However, a change in the management earlier this year triggered the entire stake sale.

Istanbul-based Finansbank is a commercial lender with assets of around $30 billion. The bank has 647 branches and around 13,000 employees.

It made a profit of $230 million in the third quarter ended September.

Under the terms, QNB will acquire NBG's 99.8-per cent stake in Finansbank and 29.9 per cent in Finans Leasing and also $910 million of debt.

The total valuation is slightly below the book value of the Turkish bank, according to analysts.

Doha-headquartered QNB is the second-largest bank in Middle East and Africa in terms of assets after South Africa's Standard Bank Group.

QNB, with assets of $139 billion, has subsidiaries and associates in 27 countries in three continents. The bank is owned by the country's sovereign wealth fund Qatar Investment Authority and the private sector.

QNB, which has been looking for growth opportunities in the Middle East and Africa, bought Togo's Ecobank Transnational Inc's 24-per cent stake last September.  In 2012, the Qatari lender acquired a 77-per cent interest in French banking giant Societe Generale SA's Egyptian business for $2 billion.

QNB plans to fund the deal with cash in hand and said that it will remain ''strongly capitalised'' after the purchase.

The bank's chief executive Ali Ahmed Al-Kuwari said in a statement that QNB is seeking to become ''a Middle East and Africa icon by 2017 and a leading global bank by 2030.''

The transaction, which has been approved by the boards of both the banks and Greece's special purpose vehicle for bank stabilisation, the Hellenic financial stability fund, is expected to close in the first half of next year, subject to required regulatory approvals.

Shares in Finansbank have surged over 80 per cent in the past six month on market speculation that a sale was imminent. The stock jumped 10 per cent to close at 6.42 Turkish liras ($2.19) yesterday in Istanbul.