Former chief of the US Federal Reserve, Ben Bernanke, said yesterday that the US Department of Justice should have vigorously investigated individuals for wrong-doings rather that focusing only on their firms. 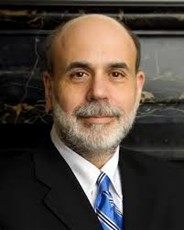 In an interview with USA Today, on the occasion of the publication of his memoir, The Courage to Act, Bernanke said, "I think there was a reasonably good chance that, barring stabilisation of the financial system, we could have gone into a 1930s-style depression. The panic that hit us was enormous - I think the worst in US history."

The former chief of Federal Reserve also shared what he thought had gone right and what went wrong. He added that for one thing, more corporate executives should have gone to jail for their misdeeds.

He noted that the justice department and other law-enforcement agencies focused on indicting or threatening to indict financial firms, "but it would have been my preference to have more investigation of individual action, since obviously everything what went wrong or was illegal was done by some individual, not by an abstract firm."

Responding to critics who argued the government could and should have done more to rescue Lehman Brothers from bankruptcy in the worst weekend of a tumultuous time. "We were very, very determined not to let it collapse," he says. "But we were out of bullets at that point."

Bernanke left the Fed over a year ago and his memoir, The Courage to Act, which is supposed to detail life inside the Fed during the worst crisis since the Great Depression, comes out this week.

At a time rising unemployment, a collapsed housing market and great income inequality, Bernanke and the Fed faced severe criticism from the media and general public for bailing out Wall Street.

However, Bernanke admitted to making one mistake during his tenure as Fed chair - not explaining the Fed's actions to ordinary Americans.

He added that the public outcry over the Fed's decision to bail out Wall Street was rooted in misunderstanding and that the Fed failed to do a good job clarifying its actions.