RBS to sell $2.2-bn stake in US bank Citizens

British banking giant Royal Bank of Scotland Group Plc (RBS) said yesterday that it plans to sell part of its holding worth $2.2 billion in US bank Citizens Financial Group Inc through a follow-on public offering, as part of its strategy of divesting non-core assets. 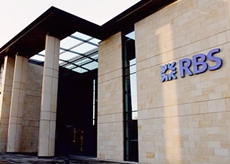 Through the stake sale, Edinburgh-based RBS, which is 80-per cent state-owned, intends to reduce its exposure to foreign markets and improve its capital base to focus on its retail and business banking in the UK.

RBS will sell 14-per cent stake in Citizens comprising 75 million shares with an additional 2.1 per cent or 11.25 million kept under an over-allotment option.

Further to the completion of the share offering, RBS's holding in Citizens will be reduced to 26.8 per cent excluding the over allotment and 24.7 per cent in case all the shares are sold.

It is anticipated that Citizens will buy back $250 million worth of its common stock from RBS at the offer price.

Further to the completion of the offering RBS will no longer consolidate Citizens in its financial reports. However, for regulatory reporting, Citizens will be included as it will continue to have certain veto rights, RBS said.

RBS acquired Rhode Island-based Citizens in 1988 aiming to create a foothold in the US market, and floated around 30 per cent of its stake at a price of $21.50 on the New York Stock Exchange in September 2014. Subsequently in March 2015, the company cut down its stake to below 50 per cent.

Citizens stock closed at $26.19 yesterday in New York, up 22 per cent compared to the IPO price last year. In March, the shares were sold at $23.75 per share, representing a premium of 10 per cent over the issue price.

RBS was bailed out by the British government with a £45-billion rescue package following the global financial crisis in 2008.

Since then, the bank has cut back several of its international operations shedding over £1 trillion in assets.

The bank has not churned a profit since its bailout. In 2014, it reported a loss of £3.5 billion, down from £9 billion in 2013, its lowest annual loss since the bailout.

Unconfirmed media reports earlier this month indicated a possible sale of half of the government's stake in RBS which is worth about £16 billion ($23 billion) within two years. (See: UK to sell half of its stake in Royal Bank of Scotland: Reports)