RBI to issue guidelines for differentiated bank licences this year

The Reserve Bank of India (RBI) will come out with the guidelines for granting differentiated banking licences later this year, which would allow on-tap licensing of new banks, RBI deputy governor R Gandhi said. 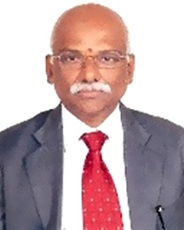 The central bank has also been conservative in its approach to awarding banking licences and has so far granted licences for only full-fledged banking operations and that too over a period of time.

In the latest licensing round, for which norms were issued in February 2013, RBI picked up two applicants - IDFC and Bandhan from among 25 applicants, to grant in-principle licences. They have also been asked to fulfill various conditions within a stipulated period (See: RBI grants 'in-principle' nod for bank licences to IDFC, Bandhan).

Those left out also included India Post, which has a nationwide presence, far exceeding any existing banks, making it the most suitable vehicle for implementing financial inclusion plans of the government.

RBI had, last year, come out with a discussion paper on banking structures in India, which introduced the concept of differentiated bank licences, including payment banks and small banks.

While payment banks will specialise in offering payment services, small banks will operate in a particular area and focus on basic services.

It is understood that the central bank will soon issue norms for licensing on payment banks and small banks.

At present, countries such as the US, Australia, Singapore, Hong Kong and Indonesia grant licences for differentiated banking services.

Separately, Gandhi said the assessment of the monsoon rains on the economy would not be done until later.

Some economists believe a below-normal monsoon this year might result in an extended pause by the central bank on key policy rates. RBI will review the monetary policy on 5 August.

The monsoon strengthened at the start of the key planting month after recording the weakest first month of the June-September rainy season in five years, weather officials said earlier this week.