SBI, BoB want gold deposits to be treated as part of CRR/SLR

Gold deposits held by banks should be treated as part of the mandatory cash reserve ratio (CRR) or statutory liquidity ratio (SLR), representatives of the State Bank of India (SBI) and Bank of Baroda said at a Gem & Jewellery Export Promotion Council (GJEPC) banking summit in Mumbai on Saturday. 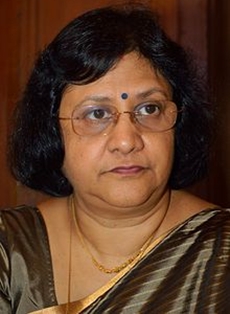 Buying and selling of gold must be freely done in order to make it more liquid, said SBI chief Arundhati Bhattacharya while addressing the conclave.

''Gold is after all a store of value and is it possible for the regulator to treat a bit of our gold deposits as CRR or SLR instead of cash or government securities?'', the SBI chairperson asked.

SBI has long been demanding changes in the CRR and SLR norms in order to free cash for banks to lend.

Although part of the regulatory requirement, both these forced reserves act as non-performing assets for banks.

SBI is the largest player in gold deposit schemes and is not able to deploy the gold in productive assets. ''What is the incentive for us to get more deposits to make gold more liquid? There is really no incentive now,'' said Bhattacharya.

S S Mundhra, chairman and managing director of Bank of Baroda, also made plea to treat part of banks' gold as CRR and SLR. ''This fits the pattern that we want to unearth gold and bring it to more productive sectors of the economy.''

Bhattacharya said the industry had huge potential but banks fail to utilise it due to ''opaque'' policies.

She said, ''We need to understand that systems globally have changed and banks have to fall in line and as they do so, they will demand that corporates and borrowers also fall in line. Where they cannot be directly controlled, the regulators will impose on the banks greater provisioning requirements making it impossible for banks to do business.''

GJEPC Chairman Vipul Shah said industry was keen that the government extended the interest subvention of 3 per cent to the entire sector in view of the industry's high financing and transaction costs, adding that banks are aware of the need increase in supplier's credit beyond 90 days.

Bhattacharya said over the short term, banks would be guided by confidence building measures, corporatisation of the players in the industry and collateralisation of lending.