FM asks banks to get tough on willful defaulters

Finance minister P Chidambaram has called for tougher action against willful defaulters even as non-performing assets (NPAs) of state-run banks reached 4.44 per cent of their total advances in the fiscal 2013-14, up from 3.84 per cent in the previous fiscal. 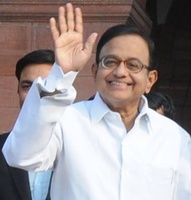 Although bad loan position of state-run banks has improved in the January-March quarter of 2013-14, from 5.07 per cent in December 2013, their NPAs are still at a nine-year high.

Speaking at a meeting to review the annual performance of public sector banks and financial institutions for the financial year 2013-14, finance minister P Chidambaram asked bank managements to take tough measures against willful defaulters as they redouble efforts on loan recovery.

He said the position that 'promoter is prosperous but company is sick' is not acceptable. He asked the banks to form a consortium and take joint action against such defaulters.

''There will be tough action against willful defaulters, which can include even a change of management, because so much money is stuck,'' said financial services secretary G S Sandhu after the review meeting.

The review meeting discussed the flow of credit to the agriculture sector, including priority sector lending, education loans, minority lending, MSME credit, in addition to issues related to stalled projects, new projects having a bearing on the functioning of PSBs and progress on financial inclusion.

Against the set target of 40 per cent of adjusted net bank credit (ANBC) for priority sector lending, public sector banks have achieved only 37 per cent.

The number of students availing education loan has gone up to 25.72 lakh accounts with a credit outstanding of Rs58,265 crore.

In terms of credit growth, lending to MSE has grown 23.01 per cent during the year.

The housing sector, including priority sector housing, has seen a growth rate of 18.4 per cent during the year 2013-14 with a total lending of Rs5,40,800 crore to housing sector.

Banks have opened more than 10,000 branches during 2013-14, which is the highest ever. Out of that, PSBs alone accounted for 7,840 branches, which is a major improvement from the average 4,000-4,500 branches that they normally open every year.

The slowing down of the economy has impacted the results of the banks. Year on year deposit growth of 19 PSBs as of 31 March 2014 stood at 11.43 per cent while advances grew at 10.69 per cent. Gross NPAs have increased and net profit decreased vis-a-vis the performance reported in 2012-13.

The sluggishness in the domestic growth during the recent past and the tepid recovery in the global economy have impacted banks' NPAs.