The founder of Metro Bank is setting up what according to him, would be the UK's first digital-only bank. 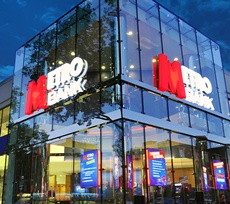 In a bold initiative aimed at leveraging the growth of mobile banking, the digital-only bank would have no bank branches and also no telephone banking services available for customers who would manage a full range of personal and business banking products through the internet and mobile apps.

There would be a free helpline number which customers experiencing difficulties would call but they would not be able to move money and perform normal banking functions by phone.

According to Anthony Thomson, who would be the first chairman of the new bank, called Atom, the company's aim was to make it so simple to operate online that would be faster than the time it took to call someone.

Atom would offer a "full range" of personal and business banking products when it opened for business in 2015 including current and savings accounts, as also loan products and credit cards.

Mark Mullen, who ran First Direct since 2011, an online bank operated by HSBC, would become the chief executive of the new bank.

The bank would be based in the north east of England.

Metro became the first new UK consumer bank in over a century with its opening in July 2010. It was attempting to win clients from the UK's biggest banks by opening longer and offering better service than competitors.

Bloomberg quoted Thomson as saying in a telephone interview that there was a significant market for a new bank.

He added people did not like the existing incumbent banks. He said people were asking why they needed to pay for branches that they probably would not ever use adding Metro could deliver better service and better value digitally.