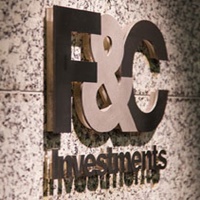 Under the terms, F&C shareholders will receive 120 pence for each share they hold, representing a 28-per cent premium to the closing price of F&C shares on 24 January.

The acquisition of F&C will more than double the assets under management of BMO Global Asset Management, the asset management arm of BMO, to approximately $269 billion.

The combination will position BMO as a globally significant money manager, adding scale, resources and capabilities to its investment platform, while providing attractive cross-sell potential into wealth markets in the UK and the rest of Europe, BMO said in a statement.

The transaction favoured by the board of F&C is expected to close after 1 May 2014, subject to F&C shareholder approval, other closing conditions and regulatory approvals.

"With an established pedigree in fixed income investment and broad equity and property capabilities across its European platform, F&C advances BMO's capabilities by adding scope and scale to our well-established portfolio of wealth management businesses," he further stated.

London-based F&C is a standalone publicly listed asset manager with a strong presence in the UK and the rest of Europe with assets under management of approximately $136 billion as at the end of 2013.

F&C is the world's first publicly listed pooled investment vehicle, has a rich heritage and has a very strong brand in the asset management.

The firm has offices in 11 cities across 8 countries employing over 650 people.

BMO, established in 1817, is Canada's oldest bank and has been operating continuously in the UK since 1870. The group has assets worth $482 billion and around 45,500 employees. It provides diversified financial services including retail banking, wealth and investment management services to over 12 million customers.

''We move forward today with the same confidence and optimism as when the bank opened its doors on Lombard Street nearly 150 years ago," Downe said.

The acquisition will be modestly accretive to the Canadian bank's earnings per share in the first year. It has an internal rate of return to BMO of approximately 15 per cent, the statement said.

According to F&C's CEO Richard Wilson, F&C has made significant progress in the last couple of years by developing new products, strengthening distribution channels, reducing cost base and putting the business in a strong position to move forward.

"Looking forward, BMO represents a unique opportunity to broaden and accelerate our ambitions. The products, geographic presence and cultures of both organisations are truly complementary and with BMO's commitment to growth, this is clearly a very positive outcome for both our clients and employees, he said.

BMO Global Asset Management which has a significant presence in the US and Canada, considers the UK and Europe as strategically important markets. The company believes that the acquisition will provide it with a broader array of investment capabilities and an established distribution network in the European market.

BMO Capital Markets and Barclays acted as financial advisors to BMO, while F&C was advised by JP Morgan Cazenove.