The British government yesterday said that it will sell about 6 per cent of part-nationalised Lloyds Banking Group, worth about £3.3 billion ($5.3 billion) via an institutional investor placement. 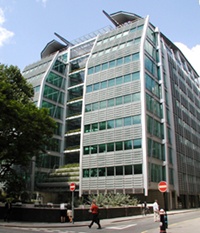 UK Financial Investments (UKFI), which manages the UK government's stakes in Lloyds and Royal Bank of Scotland, said that the price at which the Placing Shares are sold will be determined by way of an accelerated bookbuilding process.

UKFI and HM Treasury have undertaken to the joint bookrunners, BofA Merrill Lynch, J.P. Morgan Cazenove, and UBS Investment Bank, not to sell further shares in the bank for a period of 90 days following the completion of the sale.

According to the UK's Conservative-led coalition government, a sale was a milestone in the UK's recovery from the 2008 crisis, during which taxpayers ploughed a combined £66 billion into Lloyds and Royal Bank of Scotland.

Lloyds Banking Group, formed through the 2009 acquisition of HBOS by Lloyds TSB, received £20 billion from the government at the height of the economic crisis.

Under European state aid rules, Lloyds was forced to sell off some of its branches and customer accounts in return for being rescued by the taxpayer.