UK's Barclays Bank today said it plans to sell its entire stake worth $6.1 billion in US asset manager BlackRock Inc. 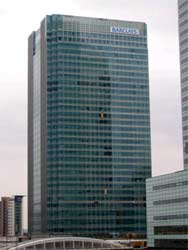 Barclays, one of the largest shareholders in the Manhattan, New York-based company, holds common stock and Series B convertible participating preferred stock together representing a 19.6-per cent stake.

The London-based bank said that BlackRock has agreed to repurchase up to $1 billion of its stock conditional on completion of the offering.

In September 2011 Barclays' investment in BlackRock was written down to a fair value of £3.4 billion.

The market value of Barclay's investment in BlackRock, based on the closing price of BlackRock common stock on 18 May at $171.91 and assuming conversion of preferred stock, was $6.1 billion (£3.8 billion).