Insurance bill in limbo as opposition seeks clarifications on draft

A meeting between government and the opposition parties today failed to hammer out a consensus over the controversial insurance bill as the Congress and its main UPA allies sought more clarifications on the draft bill that was originally drafted by the UPA itself. 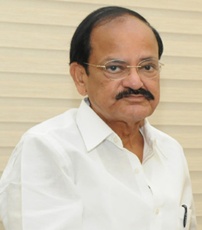 With most opposition parties, including the AIADMK and the Biju Janata Dal, opposed to the bill in its present form, it was already decided that the bill will not be taken up for discussion in the Rajya Sabha today as earlier scheduled.

Leaders agreed to hold a fresh round of consultations on the Insurance Laws (Amendment) Bill, 2008 in the next two days as the brief meeting in Parliament House remained inconclusive.

"The meeting remained inconclusive. We have agreed to meet again in the next two days to arrive at a consensus on the possible formulation of the legislation," NCP leader Praful Patel said after the meeting.

Congress leader Anand Sharma said his party wanted clarity on the implication of the proposed bill inter alia, on the settled definition of 'foreign direct investment' given the composite nature of 49 per cent FDI proposed in insurance sector, including foreign institutional investment.

Finance minister Arun Jaitely responded saying that the language and contents of the proposed bill were more or less unchanged from the UPA government's original draft and that no major new amendments were proposed. He noted that most of the amendments suggested by the Standing Committee related to change of dates and numerals and are not consequential. He said the government is ready to consider whatever changes/formulation to be suggested by the Congress Party right away.

Jaitely and parliamentary affairs minister M Venkaiah Naidu voiced concern over grossly inadequate insurance coverage to the people of the country. They referred to the need to enable sufficient capital flows into insurance sector.

At this stage, Naidu suggested that Congress and other parties who had reservations about some of the proposed amendments may discuss among themselves and come out with their suggestions which can be discussed at another meeting in the next one or two days. This suggestion was accepted.

Naidu further said given the government's willingness to consider suggestions of the opposition in the matter, Congress and other parties should enable passing of the Insurance Laws (Amendment) Bill, 2008 in the current budget session. He assured the leaders of other parties, that government is ready for a detailed discussion on the bill in the Rajya Sabha.