Jammu & Kashmir ceased to be a state of the union at midnight on Wednesday, making way for two new union territories of J&K and Ladakh, thereby bringing down the total number of states in the country to 28 and raising the number of UTs to nine. 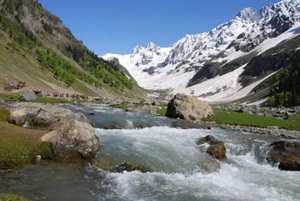 This marks the culmination of a process that started with the 5 August abrogation of Article 370 of the Constitution that ended the special status of the restive state that had created tensions in the Valley and vitiated relations with the rest of the country.
This marks a major departure from the old approach that sought to pacify a Muslim-majority state to ward off Pakistan’s intervention. The Modi government has changed the terms of engagement with both the separatists and Pakistan.
This also puts to an end to J&K’s flag and constitution, symbols of the state’s special status, bringing unease to those who were in power.
With 31 October fixed as the appointed day for reorganisation of J&K, two new lieutenant governors of the UTs — G C Murmu in J&K and R K Mathur in Ladakh — both IAS officials, will be sworn in at separate ceremonies in Srinagar and Leh, respectively.
The abrogation of Article 370 status for J&K and the creation of two UTs of J&K and Ladakh coincides with the birth anniversary of Sardar Vallabhbhai Patel, who is credited with the merger of over 560 princely states with the Indian Union.
While there are instances of a state being bifurcated into two states or a UT being converted into a state, this is the first time a state has been divided into two UTs.
According to the J&K Reorganisation Act, the UT of J&K will have a legislature, like Puducherry, while Ladakh will be a UT without legislature, like Chandigarh, while both the UTs will be headed by lieutenant governors.
The centre will be in direct control of police and law and order in J&K from Thursday while land will be under the elected government.
The UT of Ladakh will be under the direct control of the central government which will administer the high altitude region through the LG.
For employees of the erstwhile state government, including police personnel, the change means a jump in salaries and perks, as they are now eligible for pay scales fixed by the Central Pay Commission.
The change in the status of J&K from a state to a UT, however, has invited fresh terror campaign by Pakistan-backed terror groups and a muted misinformation campaign by vested interests within and outside the state.
The state is also witnessing targeted attacks against non-Kashmiris and “outsiders”, while communication curbs remain in force amid strong indications of desperate efforts by Pakistan to incite violence.
The decision to end special status for J&K marks the completion of J&K’s integration with the Indian Union, more than 70 years after the then ruler of the princely state of J&K, Maharaja Hari Singh, executed the Instrument of Accession on 26 October 1947, making it part of the Union of India.
MORE REPORTS