It's Cong govt in Chhattisgarh, Madhya Pradesh and Rajasthan 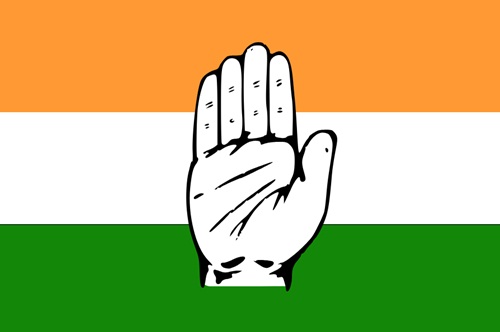 Madhya Pradesh governor Anandiben Patel has already called senior Congress leaders to the Raj Bhawan at noon for talks, after the party sought an appointment with her on the issue of formation of government in the state.
With the final results declared early in the morning, the party got 114 seats, two short of a simple majority of 116 in the 230-member assembly. The party, however, has the support of other parties that are opposed to BJP.
The Bharatiya Janata Party (BJP) was close behind with 109 seats. The Bahujan Samaj Party won two seats, the Samajwadi Party got one, while Independents bagged four seats in the state.
Senior Congress leaders Kamal Nath, Digvijay Singh and Jyotiraditya Scindia, among others, will meet Patel.
Kamal Nath is the likely choice as chief minister in the state as Digvijay Singh had already opted out and Nath is senior to Scindia.
In Rajasthan, where the Congress has emerged as the single-largest party, winning 99 of the 200 seats, senior Congress leader Ashok Gehlot is most likely to be elected chief minister although Sachin Pilot, who is much junior, has most support among legislators.
In Rajasthan, the BJP secured 73 seats while the Bahujan Samaj Party won 6 seats, CPI (M) 2 and Independents 13 and other parties 6, according to the state Election Commission’s website.
The Congress is one short of a simple majority 100 seats and will seek support of the BSP and other parties to form government there.
Voting was held in 199 of the 200 seats in the state on 7 December. Election to Alwar’s Ramgarh constituency was countermanded due to the death of the BSP candidate. The votes were counted on Tuesday.
In Chhatisgarh, where the party has a clear majority, Lok Sabha member Tamradhwaj Sahu, who successfully contested the assembly election from Durg Rural seat, state party chief Bhupesh Baghel and senior leader T S Singhdeo are front-runners for the chief minister post.
The Congress won a landslide victory in the Chhattisgarh polls, bringing an end to the 15-year rule of the Raman Singh-led Bharatiya Janata Party (BJP) government. It won 68 seats in the 90-member assembly, while the BJP got only 15 seats.
The Congress legislature party is meeting to decide on the next chief minister. The chief minister is likely to be announced after the meeting.
MORE REPORTS