While West Bengal chief minister Mamata Banerjee has lashed out at the NDA government over the citizenship issue in Assam, her top party leader in the state has walked out of the Trinamool Congress. 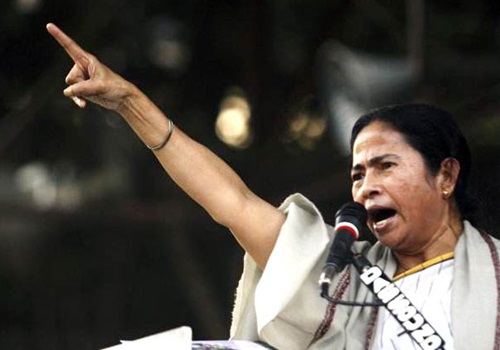 Adding to her woes, the Congress in West Bengal has also hit out at her, accusing her of adopting ‘double standards.’ While she was now talking about the 40 lakh people in Assam who were left out in the National Register of Citizenship (NRC) count, she was barricading the state borders to prevent their entry, said Adhir Ranjan Chowdhury, Congress chief in West Bengal.
The chief of the Trinamool Congress in Assam, Dwipen Pathak, resigned from his post on Thursday, protesting the party’s claims that the NRC was throwing Bengalis out of Assam.
Pathak said the TMC’s protests against the state government could disrupt the law and order situation. “It may give rise to conflicts between the Assamese and Bengalis in the state,” he said. “The blame would then be put on me as the state unit’s party chief. This is why I have decided to resign. I will always speak in favour of Assam.”
The TMC, however, dismissed his ‘resignation,’ with the party claiming that he had often quit in the past. “The Assam unit “President” has ‘resigned’ 3 or 4 times earlier,” tweeted the TMC. “The unit in that state was being reconstituted. This is not the time to play politics. People first. Humanity first.”
The state’s Congress chief Adhir Ranjan Chowdhury described Mamata Banerjee as “a chameleon,” accusing her of hankering after the post of the prime minister. He said the chief minister, as an MP had in 2005 moved an adjournment motion in Parliament against illegal immigrants in West Bengal.
Banerjee was acting like “a Trojan Horse,” and trying to divide “a united opposition” with her ideas of a federal front, pointed out Chowdhury. “Her single objective is to be the prime minister of India,” he alleged. “She is hankering after the post of prime minister. She is having a ‘Deve Gowda-syndrome and Gujral-syndrome.’ ”
The chief minister was determined to eliminate the Congress in West Bengal, but was seeking its support for the next Lok Sabha elections. “She is nothing but a ‘chameleon’ who is changing her colours,” said Chowdhury. “She is an unreliable, unpredictable politician and Congress and other leaders should not trust her at all,” he said.
The chief minister had met UPA chairperson Sonia Gandhi and her son, Congress president Rahul during her Delhi visit. “We discussed the political situation,” she told reporters. “We discussed how the opposition can together take on the BJP because it knows that it will not come back to power.”
MORE REPORTS