Loya death: SC throws out pleas, calls them 'bereft of any truth'

The Supreme Court today dismissed a bunch of petitions seeking an independent probe into the death of special Central Bureau of Investigation (CBI) Judge B H Loya, saying allegations of a conspiracy were “bereft of any truth”. 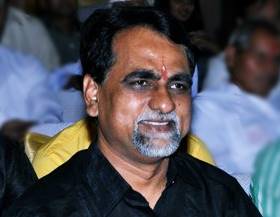 The bench of Chief Justice Dipak Misra and Justices A M Khanwilkar and D Y Chandrachud said the petitions were an attempt “to malign the judiciary”, as Judge Loya died a natural death and there was no doubt about that. It said that the submissions of the petitioners prima facie amounted to criminal contempt of court but that it was not initiating contempt proceedings.
The SC said Public Interest Litigations (PILs), which were meant to provide succour to the downtrodden and voiceless, have now become an industry to settle scores political and personal. It said the judiciary is unnecessarily being made to spend precious time looking into such PILs which leads to delay in giving justice in other cases.
judge Brijgopal Harkishan Loya was hearing the high-profile Sohrabuddin Sheikh fake encounter case, in which Bharatiya Janata Party president Amit Shah was accused but later acquitted. On 1 December 2014, the judge died of cardiac arrest in Nagpur, where he had gone to attend the wedding of a colleague's daughter.
Attempts were made to scandalise the judiciary by levelling serious allegations against judges and judicial officers of the Bombay High Court, said the SC bench. Dismissing the pleas for an independent probe, the Bench said there was no reason to doubt the statements of four judges on the circumstances leading to the death of judge Loya. The court said that the documents placed on record and their scrutiny established that the CBI judge's death was due to natural causes.
The court had earlier asked the Maharashtra government to submit the post-mortem report of the CBI judge, saying that the "matter was very serious".
Maharashtra-based journalist B S Lone and activist Tehseen Poonavala had filed independent pleas seeking a fair probe into the death of Justice Loya.
The issue of Justice Loya's death had come in the spotlight in November last year after media reports quoting his sister fuelled suspicion about the circumstances surrounding his demise and its possible links with the Sohrabuddin Sheikh fake encounter case. However, Justice Loya's son had on 14 January said in Mumbai that his father had died of natural causes.
In the Sohrabuddin Sheikh fake encounter case, BJP President Amit Shah, Rajasthan home minister Gulabchand Kataria, Rajasthan-based businessman Vimal Patni, former Gujarat police chief P C Pande, Additional Director General of Police Geeta Johri and Gujarat police officers Abhay Chudasama and N K Amin have already been discharged.
MORE REPORTS