Modi govt has made 'mess' of economy: Yashwant Sinha

Senior Bharatiya Janata Party leader and former finance minister Yashwant Sinha has lashed out at the policies of the Narendra Modi government, saying "superman" finance minister Arun Jaitley has made a ''mess'' of the Indian economy, which is headed for a "hard landing" as sector after sector is slipping into distress. 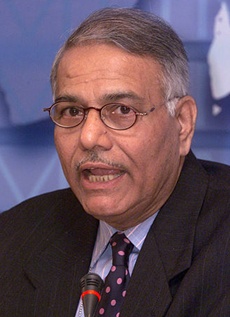 Sinha said Jaitley had been luckier than his predecessors to hold the portfolio at a time when lakhs of crores of rupees were at his disposal due to depressed global crude oil prices. But he wasted the oil bonanza which "was waiting to be used imaginatively".

"The legacy problems like stalled projects and bank NPAs (non-performing assets or bad loans) were no doubt there and should have been managed better ... but the legacy problems have not only been allowed to persist, they have become worse," he said.

Sinha said private investment has shrunk "as never before in two decades" while industrial production has all but collapsed.

"Agriculture is in distress, construction industry, a big employer of the work force, is in the doldrums, the rest of the service sector is also in the slow lane, exports have dwindled, and sector after sector of the economy is in distress."

On the government's demonetisation decision, Sinha said scrapping large-denomination currency notes "has proved to be an unmitigated economic disaster" which coupled with "a badly conceived and poorly implemented GST (Goods and Services Tax)" has played havoc with businesses and sunk many of them.

"Countless millions have lost their jobs with hardly any new opportunities coming the way of the new entrants to the labour market. For quarter after quarter, the growth rate of the economy has been declining until it reached the low of 5.7 per cent in the first quarter of the current fiscal," he said.

He said if the government had not changed the methodology for calculation of the GDP in 2015, the growth rate of 5.7 per cent would have actually been 3.7 per cent or less.

He came down heavily on the government's view that the slowdown was for technical reasons and cited the State Bank of India, the largest public sector bank of the country, as stating "with unusual frankness that the slowdown is not transient or 'technical', it is here to stay".

He said it was not difficult to anticipate the reasons for the slowdown and take measures to deal with them. "But that called for devoting time to the task, serious application of mind, understanding of the issues and then working out a game plan to tackle them."