BJP to gain in Assam, trouble for AIADMK in TN, say exit polls

Exit poll results released today showed Assam, Tamil Nadu and Kerala voting for change with BJP making gains in Assam and DMK all set to regain power in Tamil Nadu and the ruling party in Kerala losing to the Left Front. 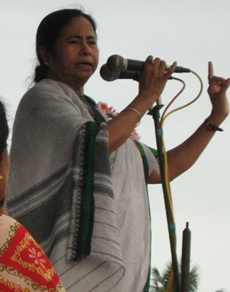 West Bengal, however, has bucked the trend by voting Trinamool Congress led by chief minister Mamata Banerjee back to power, convincingly winning against the combined force of the Left-Congress alliance, the polls showed.

In Assam, where BJP has high stakes, polls predict it could get its maiden government with the saffron alliance winning 79-93 seats in a House of 126. Congress is projected to win 26-33 seats while AIUDF headed by Badruddin Ajmal is set to get 6-10 seats. 'Others' may get 1 to 4 seats, as per India Today-Axis-My India polls.

The ABP Ananda poll gave the BJP alliance 81 seats, Congress 33, AIUDF 10 and others 5. Times Now C Voter projected BJP to get 57 seats and Congress 41 while AIUDF and others are set to get 18 and 10 respectively. Today's Chanakya gave BJP and overwhelming 90 seats against Congress' 27 and AIUDF 9.

The Congress may hold on to power in the union territory of Puducherry where it is likely to get power in alliance with the DMK.

The exit poll results were released at the end of the polling in Tamil Nadu and Kerala today, marking the closure of voting in four states and Puducherry. Counting of votes will take place on 19 May.