The Bombay High Court today ruled that it will no longer be illegal to consume or keep beef bought from outside the state in Maharashtra, but said ban on beef slaughter in the state will continue. 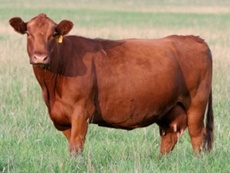 It struck down two provisions of the Maharashtra Animal Preservation Act, 1976 which prohibits the bringing in of beef from outside the state, and criminalises possession of beef.

A division bench of Justices Abhay Oka and S C Gupte held that section 5(d), which prohibits possession of beef brought from other states, violated the right to privacy and the right to choice of food that is guaranteed under Article 21 of the Constitution.

It also held that Section 9 (b), which penalises possession of beef by imprisonment of up to one year and a fine of Rs2,000, is unconstitutional.

A number of petitions were filed in the high court challenging the constitutional validity of various provisions of the Maharashtra Animal Preservation Act, 1976 which were introduced by a 1995 amendment, but brought into force 20 years later in March 2015.

The petitioners primarily contended that section 5(d) was extraneous, as it had no rational nexus with the object sought to be achieved by the enactment brought in force to protect cows and their progeny in Maharashtra.

''There is no reason for the state of Maharashtra to be worried as to whether there are enough cows, bulls and bullocks in Ireland or for that matter some other country or some other state in India,'' senior advocate Aspi Chinoy, who represented one of the petitioners, said.

The senior advocate had also pointed out that in several other states there was a ban on the slaughter of cows, bulls and bullocks, but there was no ban on import of beef from other states or other countries. He said section 5(d) curtails the fundamental right of choice of food of citizens, covered under the right to liberty guaranteed by Article 21 of the Constitution of India.

He said reasonable restrictions can be imposed on fundamental rights, but such restrictions must be justified on the ground of some compelling public interest.

The state government, on the other hand, contended that the amendment has not been enacted to harass beef eaters, but to prohibit slaughter of cows, bulls and bullocks in the larger interest of the agrarian society.

''Let's not look at the act as something done to harass people,'' advocate general Shrihari Aney said.