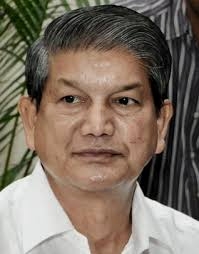 The Supreme Court today stayed the order of the Uttarakhand High Court passed on Thursday reversing a presidential proclamation imposing central rule in the state (See: High court quashes President's rule in Uttarakhand; orders floor test) till 27 April, as a copy of the High court order had not reached the Supreme Court.

A day after the Uttarakhand high court quashed the Presidential proclamation imposing central rule in the state, a bench of Justices Dipak Misra and Shiva Kirti Singh of the Supreme Court today stayed that order till 27 April.

Hearing a plea by Attorney General Mukul Rohatji, the SC bench stayed the High Court order, allowing an extension of central rule in the state, giving a new twist in the ongoing political drama in the state.

Before passing a brief order, a bench recorded an undertaking by Attorney General Mukul Rohatgi that the "Union of India shall not revoke the Presidential proclamation till the next date of hearing".

The apex court clarified that it was keeping in abeyance the judgement of the High Court till the next date of hearing on April 27 as a measure of balance for both the parties as the copy of the verdict was not made available to the parties.

While setting aside central rule imposed last month, the high court had said that Article 356 was imposed in the state, contrary to the law laid down by the Supreme Court. The court also accused the centre of acting on blatant falsehood and behaving like a private party.

While listing the matter for hearing on April 27, the high court judgement had also directed Uttarakhand chief minister Harish Rawat to prove his majority in the assembly on 29 April.

During the hearing, the SC bench also observed that as a matter of propriety the high court should have signed the verdict so that it would be appropriate for it to go into the appeal.

In Uttarakhand, state BJP chief spokesperson Munna Singh Chauhan described the high court verdict as "lopsided" which, he said, overlooked, serious aspects of the case, including all that happened inside the Uttarakhand Assembly on 18 March.

"The entire case revolves around illegal transaction of business in the state assembly on March 18 by the speaker who denied a division of votes on the appropriation bill adopting a partisan approach. This aspect seems to have been lost sight of completely in the judgement," Chauhan  said.

Imposition of President's rule in Uttarakhand is a temporary measure and the assembly can be revived on the basis of the governor's report, union minister M Venkaiah Naidu today said, a day after the high court quashed imposition of central rule in the state.

He said the central government is very clear that there was a constitutional breakdown in Uttarakhand because the Appropriation Bill was not passed in the assembly.

On Thursday, in a major embarrassment to the Modi government, the Uttarakhand high court had struck down the decision to impose central rule in the state and restored chief minister Harish Rawat's government.

The court had also asked Harish Rawat to face a floor test on April 29 to prove his majority.

The high court, had on Wednesday said, "even the President can be terribly wrong" and on Thursday, while delivering the order made strong remarks about central rule being the last resort and that dismissal of elected governments bred cynicism in citizens.

Declaring that the "draconian 356" should not have been imposed, a bench of Chief Justice KM Jospeh and Justice V K Bist said, "The said party (BJP) was a direct beneficiary of Article 356, which was not justified as there was no riot or violence in the state. The central government has to work in a completely non-partisan manner and without bias."