JNU row: Kanhaiya's bail plea to be heard on 29 Feb

The Delhi High Court on Wednesday adjourned the hearing on Jawaharlal Nehru University (JNU) student leader Kanhaiya Kumar's bail petition to 29 February, after the Delhi Police told the court that it would seek his remand afresh from a trial court. 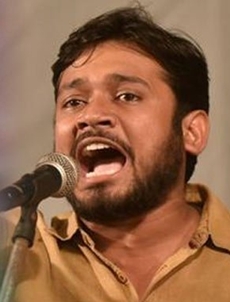 A Bench of Justice Pratibha Rani deferred the bail plea, without giving any relief to Kanhaiya, as the police filed a status report on its investigation in the matter.

Kanhaiya is lodged in Tihar Central Jail and under judicial custody, which will expire on 2 2. The police intend to seek his remand in order to confront him with the two JNU students who surrendered before the police at midnight.

Kanhaiya's counsel Rebecca John also sought the deferment of the bail petition, saying the petitioner would oppose the police remand application in the Metropolitan Magistrate's court.

The court also directed the police to ensure the security of the two students - Umar Khalid and Anirban Bhattacharya - observing that ''not a scratch'' should be on them. The court suggested that their remand proceedings be conducted at an enclosed place to ensure that they are not harmed.

Kanhaiya was arrested on charges of sedition in connect with an event organised on 9 February on the JNU premises against the hanging of Parliament attack convict Afzal Guru. The Supreme Court had earlier refused to hear his bail plea and transferred it to the high court.

The brief hearing on the bail petition was conducted in the court amid strict security measures, with only a handful of lawyers and journalists allowed inside. Kanhaiya's brother and uncle attended the hearing.