In observations that are sure to trigger a major debate, the Nagpur bench of Bombay High Court expressed serious concern over the growing number of corruption cases and called on the citizens to launch a non-cooperation movement by not paying taxes if the government fails to curb graft. 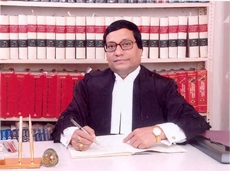 Justice Arun Chaudhari made the comments while hearing a case regarding embezzlement of funds worth Rs385 crore in the Lokshahir Annabhau Sathe Vikas Mahamandal (LASVM), an organisation that works for the Matang community, a notified scheduled caste.

"The taxpayers are in deep anguish. Let the government as well as mandarins in corridors of power understand their excruciating pain and anguish. They have been suffering for over two decades in the state. There is an onerous responsibility on those who govern to prove to taxpayers that eradication of corruption would not turn out to be a forlorn hope for them," Justice Chaudhari said.

The judge termed corruption as a "hydra-headed monster" and said it is high time citizens came together against it. "The miasma of corruption can be beaten if all work together. If it continues, taxpayers' should refuse to pay taxes through a non-cooperation movement," he said.

This comes just days after India continued to be at the 76th spot in Transparency International's Corruption Perception Index for 2015.