A petition to stop the release of the youngest of six men who gang-raped and tortured a medical intern on a moving bus in Delhi in 2012 was rejected today by the Supreme Court, which asked, "Under what jurisdiction can we extend his detention?" 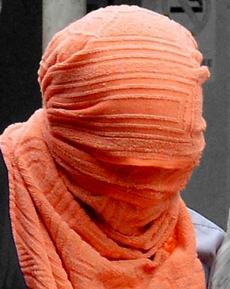 The convict, now 20, was released on Sunday to an NGO from a correctional home where he spent three years.

Rejecting the Delhi Commission for Women's plea to keep the convict in detention, the Supreme Court said, "In the absence of any law we can't take away the right of a person. There has to be legislative sanction."

In a petition filed after midnight on Saturday, the women's panel had said that the convict had shown no remorse and should be under observation till his mental condition is assessed. The court said, "If the reformation programme takes 7 or 10 years, can we keep him under detention? Where is the legislative sanction?"

A bill to change the law and treat convicts who are 16 and above like adults in crimes like rape and murder has been passed by the Lok Sabha but is pending in the Rajya Sabha, which has barely functioned in the ongoing winter session due to repeated disruptions.

The mother of the Delhi gang-rape victim, who the media had identified psedonomously as 'Nirbhay' (fearless), Jyoti Singh, the 23-year-old medical student who died days after the savage assault in 2012, said people would lose faith in the law. "They have handed a certificate to those under 18 years to rape our women and girls," said Asha Devi, crying bitterly.

The convict's release on Sunday led to protests at India Gate, which mirrored the massive demonstrations after the gang-rape in 2012. Hundreds were detained during the protests on Sunday led by Jyoti Singh's parents. Asha Devi was injured while she was being taken away by the police.

The convict was just a few months short of 18 when he and five others assaulted Jyoti Singh and tortured her with an iron rod on the night of 16 December 2012, before dumping her and her male friend on the road, naked and bleeding. She died 13 days later at a Singapore hospital.

The juvenile was sentenced to three years in a correctional home, the maximum punishment under India's law for criminals below 18.

On Friday, the Delhi High Court had also refused to stop the convict's release, saying he cannot be kept in further detention by law. The court said he would be monitored by the Juvenile Justice Board with help of an NGO until the Delhi government prepares a post-care plan.

The government has said a one-time financial grant of Rs10,000 and a sewing machine will be given to him so he can make a living as a tailor.

Four other convicts have been sentenced to death while a fifth was found dead in prison.