Plan panel to be scrapped, replaced by new body: PM

Prime Minister Narendra Modi, in his Independence Day speech on Friday, said the 64-year-old Planning Commission would be dustbinned, and replaced with a new institution to address India's economic needs and strengthen its federal structure. 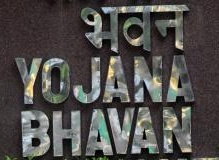 Officials later said the new body would have eight members - three from industry and the rest comprising former or existing chief ministers and union cabinet ministers. Likely to be called the National Development and Reforms Commission, it might be housed in Yojana Bhawan, the current office of the Planning Commission.

They said an 80-page document on the role of the body had been prepared. This might also pave the way for shifting the responsibility of allocating plan funds to the finance ministry.

"Sometimes it becomes necessary to repair a house. It costs a lot of money but it does not give us satisfaction. Then, we feel it is better to make a new house. We will very soon set up a new institution in place of the Planning Commission," Modi said in his address from the ramparts of the Red Fort in New Delhi.

He said the country needed an institution for creative thinking on optimally using India's young population. "The country has to push the public-private partnership model and strengthen federalism," he added.

The Planning Commission was set up in March 1950 by Jawaharlal Nehru, India's first prime minister, to efficiently exploit resources, increase production and create employment opportunities to all.

Its abolition and replacement with a new body does not require legislative changes, as the Planning Commission was set up by an executive order. The commission's demise follows two decades of India's pro-market reforms, after turning away from a socialist command economy.

N C Saxena, former member-secretary of the commission, said the role Modi saw for the commission was already being performed by it. "The previous Planning Commission had Montek Singh Ahluwalia as deputy chairman; it had representation from industry in Arun Maira, the scientific community in K Kasturirangan and an academic in Abhijit Sen," he pointed out.

"The Planning Commission is a hindrance to India's development. It is not easy to reform such a large ossified body and it would be better to replace it with a new institution to assist states with ideas, to provide long-term thinking and to help reforms," Chhibber had said in his assessment report to Modi.

Calling it a control commission, the Independent Evaluation Office said the Plan panel exceeded its authority, particularly in the allocation of funds to state governments. It suggested this role be handed over to the Finance Commission, while the finance ministry could allocate resources among central ministries.

"I am glad the prime minister heeded our advice. The Plan allocation function of the commission should be handed over to the finance ministry, as also those related to Centre-state funds," Chhibber said.

(See: Scrapping of venerable Planning Commission on the cards).