Trade deficit to be contained at $50 bn this year: Chidambaram 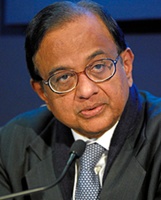 Union finance minister P Chidambaram on Wednesday said that India's current account deficit for 2013-14 should be contained at around $50 billion, down from nearly $88 billion in the previous year.

''Our efforts to contain current account deficit is showing some results. Last year CAD was at $88 billion with total imports worth $491 billion, and oil imports have grown to $164 billion. Needless to say, a developing country like India cannot afford such a huge import bill. Therefore, we had to take some measures and those measures have helped us. I am glad to say that CAD for the current year is approximately $50 billion,'' the minister said in his valedictory address to the Petrotech 2014 conference in New Delhi.

"Energy is a key resource and hydrocarbons have become the focus of all policy planners in every large country," Chidambaram said, underlining the importance of the four-day conference that ended Wednesday.

According to Chidambaram, the country needed to raise adequate resources, spend them wisely and maintain fiscal prudence.

He said, ''Importantly, we have unflinching commitment to contain the fiscal deficit to 4.8 per cent this year. We will then keep reducing it by 0.6 per cent every year until we reach the target of 3 per cent by 2016-17,'' he told the gathering of oil and gas industry executives from across the globe.

During April-November of the current fiscal, the country's fiscal deficit touched 94 per cent of the budget. However, India's trade deficit has been narrowing after government took measures to curb gold imports.

Talking about India's growth, Chidambaram, said, ''As the global economy recovers and as our measures take effect I am confident that the Indian economy will get back step by step to the high growth path within three years.''

The finance minister added that bridging the energy deficit is the economy's foremost challenge.

"We need to discover and exploit our own energy resources, we also need to secure energy needs abroad ... to our friends who have gathered here from energy producing and gas producing countries, let me say that India is a good, long term bet as your partner for co-operation in the energy sector," he said.