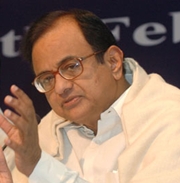 The Congress Party remained unfazed over the government's stability, a day ahead of the Trinamool Congress breaking away from the ruling United Progressive Alliance (UPA) at the centre, showing signs of a new alliance taking shape.

The government also looked determined to carry on with the policy changes to allow foreign direct investment in multi-brand retail trade and the price hike in diesel and LPG, despite the imminent pull-out by the Mamata Banerjee-led Trinamool Congress from the government.

Under the present dispensation, once the Trinamool Congress, which has 19 members in the Lok sabha, withdraws its support, the UPA government's base in the 545-strong house will come down from 273 to 254.

For a simple majority, government needs the support of at least 273 MPs.

This will make the coalition heavily dependent on Samajwadi Party and BSP for a majority.