The defence ministry has accorded approval for procurement of equipment for the services amounting to approximately Rs46,000 crore, including purchase of 111 Utility Helicopters for the Indian Navy at a cost of over Rs21,000 crore. 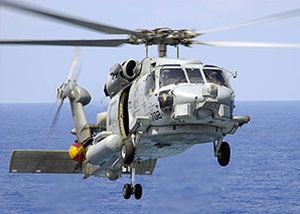 The decision was made at a meeting of the Defence Acquisition Council (DAC), chaired by defence minister Nirmala Sitharaman today.
Several aviation majors, including Airbus, Kamov and Bell have offered helicopters in addition to Hindustan Aeronautics Limited. The Navy has to shortlist the helicopter it wants after an extensive evaluation process which will be followed by a contract where most of these helicopters will need to be built in the country in conjunction with local partners.
This is the first project under the MoD’s prestigious Strategic Partnership (SP) Model that aims at providing significant fillip to the government’s ‘Make in India’ programme. SP Model envisages indigenous manufacturing of major defence platforms by an Indian Strategic Partner, who will collaborate with foreign OEM, acquire niche technologies and set up production facilities in the country.
The model has a long-term vision of promoting India as a manufacturing hub for defence equipment thus enhancing self-sufficiency and establishing an industrial and R&D ecosystem, capable of meeting the future requirements of the armed forces.
The contract, when finalised, would result in a vibrant and wide-spread defence industrial eco-system in the Indian aviation sector with the private industry and MSMEs as major stakeholders, a defence ministry release stated.
The DAC also granted approval to a few other proposals amounting to approximately Rs24,879.16 crore, which included procurement of 150 indigenously designed and developed 155 mm advanced towed artillery gun systems for the Indian Army, 24 anti-submarine multi-role helicopters and 14 vertically launched short range missile systems
The procurement of 150 indigenously designed and developed 155 mm Advanced Towed Artillery Gun Systems for the Indian Army will cost Rs3,364.78 crore. These guns, indigenously designed and developed by DRDO, will be manufactured by production agencies nominated by DRDO. They are likely to be the mainstay of artillery in the near future. These schemes will provide a fillip to the ‘Make in India’ push by the government, help create self-reliance in the country in defence manufacturing sector. These have the potential of making the defence industry as a major engine of India’s economic growth.
Approval has also been granted for procurement of 24 anti-submarine multi-role helicopters, which are an integral part of the frontline warships like the aircraft carriers, destroyers, frigates and corvettes. Availability of MRH with the Navy would plug the existing capability gap.
Contract for the 24 MH-60R helicopters manufactured by Lokheed Martin for Indian Navy will be signed soon
In addition, procurement of 14 vertically launched short range missile systems was also cleared by the DAC. Of these, 10 systems will be indigenously developed. These systems will boost the self-defence capability of ships against anti-ship missiles.
MORE REPORTS