Xerox Holdings Corporation on Monday announced its intention to launch a tender offer on or around 2 March 2020 for all of the outstanding shares of common stock of HP Inc at a price of $24.00 per share. 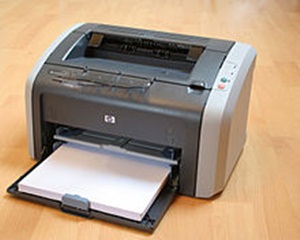 The offer, comprising $18.40 in cash and 0.149 Xerox shares for each HP share, takes the transaction value to $34 billion.
The company had launched an initial offer to acquire HP, back in November 2019, with a share price of $22, valuing a possible transaction at $27 billion. The cash-and-stock offer was, however, rejected by the tech giant on the grounds that the deal was not in the best interest of the stakeholders.
Xerox Holdings Corp had last month secured $24 billion in financing for its then $33.5 billion takeover offer for HP Inc, a deal that the personal computer maker is opposing.
HP rejected the $22 per share offer in November saying it “significantly” undervalued the company, following which the printer maker took the offer directly to HP’s shareholders.
Xerox Holdings Corp is reported to be considering a takeover of personal computer and printer maker HP Inc, which is thrice its size, in a move that would merge the two rivals in the market for printers.
Xerox said it has met, in some cases multiple times, with many of HP’s largest stockholders. These stockholders consistently state that they want the enhanced returns, improved growth prospects and best-in-class human capital that will result from a combination of Xerox and HP. The latest tender offer, announced on 10 February, will enable these stockholders to accept Xerox’s compelling offer despite HP’s consistent refusal to pursue the opportunity, the company stated.
The headline offer price of $24 per share represents a 41 per cent premium to HP’s unaffected 30-day volume weighted average trading price of $17. The implied offer value of about $33 per share represents a 94 per cent premium to HP’s unaffected 30-day volume weighted average trading price of $17.
Xerox said the tender offer will not be subject to any conditions related to financing or due diligence. The tender offer will only be subject to there being validly tendered and not withdrawn at least a number of shares representing a majority of the issued and outstanding shares of HP and other customary conditions for a transaction of this type.
Citi is acting as Xerox’s financial advisor, and King & Spalding LLP is providing legal counsel to Xerox. Willkie Farr & Gallagher LLP is providing legal counsel to Xerox’s independent directors, and Moelis & Company is acting as financial advisor to Xerox’s independent directors.
MORE REPORTS