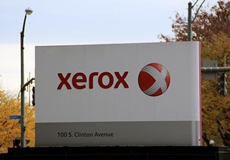 Xerox, which plans to split into two companies by the end of the year, will acquire RR Donnelley to merge parts of it with its copier, printer and related-services business and the rest with its smaller business process outsourcing services, the report said.

The talks are at an early stage, and a deal could be announced before Xerox completes its split, the report said.

Xerox, best known for making printers and copiers, had said this January that it will separate into a document technology company, which would make printers and copiers, projected to have annual revenue of $11 billion, and a business process outsourcing company, to be called Conduent with another $7 billion in revenue.

The company had been trying to turn itself around, shifting focus to software and services as corporate customers cut costs.

Connecticut-based Xerox, run by Ursula Burns, was founded in 1906 in New York as The Haloid Photographic Company manufacturing photographic paper and equipment.

Donnelley, founded 150 years ago by Richard Robert Donnelley, has grown its business through a combination of organic growth and strategic acquisitions.