Vale SA, the world's second-largest mining company, yesterday announced that it will spend $10 billion over the next five years in its Canadian operations, just two weeks after Canada rejected BHP Billiton's proposed $38-billion acquisition of PotashCorp. 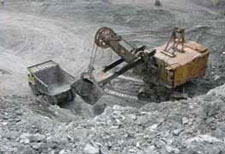 Vale, which bought Canadian nickel producer Inco Ltd in 2007 for $18.8 billion owns copper and nickel mines in Ontario and Newfoundland and Labrador, as well as a potash project in Saskatchewan.

It will also spend around $3.4 billion to upgrade mining and processing facilities at the company's century-old operations in Sudbury, Ontario, $200 million in building a brand new building at the current mill site at Clarabelle Mill in Sudbury and $360 million in completing its new Totten mine near Worthington.

The miner is also spending $1.5 to $2 billion in installing new emissions clean-up systems to reduce emissions of sulphur dioxide in the Sudbury Basin and $2.8 billion to build new, state-of-the-art processing facilities in Long Harbour, Newfoundland and Labrador.

With an expected boom in demand for potash fertilizer from China and India, Vale said that it will spend $2.5 to $3 billion in developing its potash business in the province of Saskatchewan and is targeting production of 2.9 million metric tons of potash per year.