In a huge confidence boost for the nascent 'flying car' industry, Volvo's Chinese parent company Geely announced this week that it has completed its acquisition of Terrafugia, a startup founded by MIT engineers and MBA students. 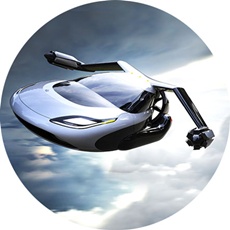 Terrafugia will now be a fully-owned subsidiary of the Chinese automotive giant. It will remain based in the US and will continue working on flying cars, but it will have Geely's deep pockets and automotive experience to back it up.

It is also taking on a new board of directors that includes a mix of veteran Terrafugia backers, Geely executives and Bell Helicopter's managing director for China.

News of the purchase first made the rounds back in July, when the South China Morning Post reported that China's Zhejiang Geely Holding Group Co was considering adding the 11-year-old Terrafugia to its portfolio. Neither company confirmed the acquisition until Tuesday, when they issued a joint statement announcing their intention of making flying cars ''a reality.''

Volvo's parent trying to build and sell flying cars has many people wondering, because flying cars are widely considered to be hugely difficult, if not outright unworkable, from a mobility perspective. The idea of filling the skies above our cities with aerial taxis has many city planners clutching their hair in fear. And according to The Verge, many of the companies, Terrafugia included, that are working on the technology have been known to over-promise and underperform.

However, Terrafugia is not some latecomer to the flying car business like Google's Larry Page or Uber. The Woburn, Massachusetts-based team has been flying its prototypes since 2009. The Transition, a road-ready prop plane with retractable wings, received approval from the US National Highway Traffic Safety Administration in 2012 that essentially made it street legal. And the startup even managed to sell a handful at a price of $279,000 each. To be sure, the Transition was more of a drivable plane than a flying car, but it supposedly fits into a one-car garage, so why split hairs, asks The Verge.

Terrafugia has received the green light from the Committee on Foreign Investment in the United States, and says it "tripled" its engineer count to nearly 100 in anticipation of Geely's cash. Terrafugia might not be US-owned, but it'll contribute to the workforce.

The real question is whether or not Geely will give Terrafugia the spark it needs. The company promises to have its first flying car on the market in 2019, and its electric TF-X vehicle should be ready by 2023.

Geely's funding and know-how could finally turn promises into a reality, but it's far from guaranteed. Also, there's the not-so-small matter of establishing a market for flying cars, Engadget points out. Right now, they're largely sci-fi fantasies that few people can justify, let alone afford. You may be more likely to see taxi drones than piloted hybrid vehicles.

If the Transition could be considered the product of literally mashing together a car and a plane, the TF-X more closely resembles the pop culture vision of a flying car. ''Think Blade Runner or Back to the Future,'' Terrafugia says on its website.

The retractable wings of the TF-X feature a pair of tilt rotors that would allow the aircraft to take off and land vertically like a helicopter. This type of VTOL (pronounced vee-tol) technology is seen as fundamental to the creation of an aerial taxi service, as envisioned by Uber and others. The aircraft would be electric powered, avoiding all the noise and pollution typically associated with helicopters.

''The team at Terrafugia have been at the forefront of believing in and realizing the vision for a flying car and creating the ultimate mobility solution,'' Geely's founder and chairman Li Shufu said in a statement. ''This is a tremendously exciting sector and we believe that Terrafugia is ideally positioned to change mobility as we currently understand it and herald the development of a new industry in doing so.''

As part of the acquisition, Terrafugia's founder Carl Dietrich will transition to the role of chief technology officer, allowing Geely to appoint Chris Jaran, former managing director of Bell Helicopters, as chief executive. Geely's vice president for international business Nathan Yu Ning will become chairman of Terrafugia, and three other Geely executives will join the company's board. In the run-up to the purchase, Terrafugia tripled its number of US-based engineers, and Geely says it plans on making even more hires now that the deal is completed.

Transforming flying cars from curiosity to something that has a meaningful impact on urban mobility will be incredibly difficult, and some experts wonder if it's even worth the time, effort, and resources that companies like Airbus, Uber, and now Geely are committing to it. Uber says it plans to launch its flying taxi service in Dallas, Los Angeles, and Dubai as soon as 2020, but it will likely take years, if not decades, for this type of technology to achieve commercial success.

Geely and Terrafugia haven't committed to a specific date to launching its own service. So don't expect to see Volvo-branded cars buzzing between rooftops anytime soon.