Life Insurance Corporation (LIC) of India, the second largest shareholder in oil and gas producer Cairn India after the Vedanta group, has raised concerns over the $1.25-billion (Rs7,500-crore) 2-year low-cost loan given by the company to its parent Sesa Sterlite. 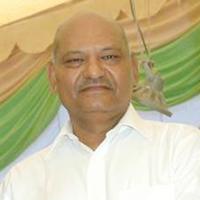 The state-run insurer thinks the related party transaction, which raises doubts on utilisation of cash reserves by Cairn India is not in the interest of minority shareholders. It is reported to have sought details of the transaction.

LIC, which owns 9.09 per cent shares worth Rs5,382 crore in Cairn India, wants to know the economics of lending at 3.5 per cent interest a time when the company itself required money for its own expansion.

"The loan has been given at very attractive terms for Sesa Sterlite and we would like to know how it benefits other shareholders of Cairn India," reports quoted an institutional source as saying. A two-year fixed deposit in a bank in India would have fetched close to 9-9.5 per cent interest, the source pointed out.

Cairn India disclosed the loan to Sesa Sterlite for the first time in the June quarter results of fiscal 2015, which followed a sell-off by many institutional investors in Cairn's shares. The Cairn India stock has lost 9.5 per cent of its value since the loan was first revealed to analysts on 23 July this year.

Anil Agarwal-led Cairn India had pointed out that the Libor plus 300 basis points rate was accretive relative to existing alternatives. But investors have not bought the theory. As the company has already disbursed $800 million of the loan to Sesa Sterlite and will disburse the rest in the next few weeks, LIC is planning to seek more clarifications from the management.

LIC does not have any representation on Cairn India's board, which makes it difficult for the corporation to object to the loan.

State-owned LIC, one of India's largest investors in corporate equity and debt, does not have a track record of shareholder activism. Calling itself a "long-term" investor, LIC is less vocal as compared to global investors.

LIC has invested Rs225,000 crore in equities and corporate debt as of FY 2014 and has often been acting as government's underwriter during disinvestments.

Analysts say Cairn should mandatorily have disclosed the plans to lend to related parties to other investors like LIC, which was a violation of SEBI disclosure norms and warranted an investigation.

Cairn also chose to do it before 1 October when, according to the new company law, a majority of small shareholders' like LIC's approval would be needed to clear such related party transactions, they point out.