The Supreme Court on Monday took note of all the unencumbered assets of ailing real estate major Unitech Limited and ordered that a public notice be issued inviting objections for auctioning them to realise the dues of home buyers. 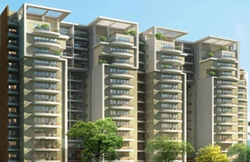 The bench headed by Chief Justice Dipak Misra and also comprising Justices A M Khanwilkar and D Y Chandrachud asked amicus curiae Pawan Shree Agrawal to issue a public notice in all leading newspapers inviting objections to the sale of its land parcels across the country. The cost of notice will be borne by Unitech.
The court also imposed a cost of Rs75 lakh on Omshakhty Agencies (Madras) Pvt Ltd for its submission that it cannot deposit Rs90 crore with the apex court registry towards purchasing Unitech’s property near Chennai in Tamil Nadu.
The company had earlier said it was going to purchase the land of Unitech Ltd and deposit the money with the apex court, which in turn would have disbursed it to the home buyers who want their money back.
The bench also considered the submission of senior advocate Ranjit Kumar that a Bangalore-based company has taken over one of the subsidiaries of Unitech and would be paying about Rs100 crore, which will be deposited with the apex court.
Unitech Ltd also said it was going to dispose off its 26 acres land near Bangalore and asked the court to allow it to enter into the sale agreement with the purchaser.
The court had earlier restrained the real estate company from selling or alienating its properties. On Monday, the bench modified the order and allowed the company to go ahead with the sale of land in Bangalore.
The apex court considered the submission that several civil courts and tribunals have been taking coercive steps against the company and its jailed director Sanjay Chandra.
No court or authority shall take further coercive action against Unitech Ltd or its subsidiaries, it said, adding that the criminal courts can proceed with their matters against them.
The bench posted the matter for hearing on 2 May.
Earlier, the court had asked Unitech Limited and its managing director Sanjay Chandra to give a list of its unencumbered properties in India and abroad and made it clear that they would be auctioned to clear dues of home buyers.
The bench had granted the real estate firm and its incarcerated MD time till 26 March to give a list of its unencumbered properties in India and abroad.
A total of 4,688 homebuyers are claiming a refund of Rs1,865 crore from Unitech. They have booked units in various projects undertaken by the company.
The apex court had on 30 October last year said that its Chandra would be granted bail only if the real estate group deposited money with its registry by December-end.
The top court had also directed the jail authorities to facilitate Chandra’s meeting with his company officials and lawyers so that he could arrange money to refund the home-buyers as well as complete the ongoing housing projects.
Chandra is seeking interim bail from the apex court after the Delhi High Court on 11 August last year had rejected the plea in a criminal case lodged in 2015 by 158 home-buyers of Unitech’s  ‘Wild Flower Country’ and ‘Anthea Project’ situated in Gurgaon in Haryana.
MORE REPORTS