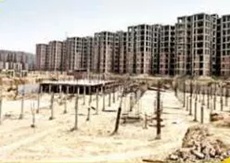 To this end, the court has asked the real estate firm to furnish a complete list of its unencumbered assets in India and abroad, including details of personal assets of the company's promoters.

A bench headed by Chief Justice Dipak Misra also imposed a cost of Rs25 lakh on JM Financial ARC Ltd for giving a wrong impression to the court and diverting its attention from the home buyers' issue.

During the last hearing, Unitech had claimed that lending company JM Financial ARC was willing to finance its housing projects and the court had accordingly asked its managing director or a competent officer to be personally present in court on the next date.

On 5 March, the court had asked the company to submit an affidavit with complete details of assets, for which the company sought more time on Monday.

Unitech's co-developer Pioneer Urban Land and Infrastructure Ltd was also asked to deposit a total of Rs40 crore in two instalments (Rs30 crore and Rs10 crore) by 10 April for development of its Gurgaon-based housing projects.

On 29 January, Unitech had informed the court that it had finalised a Rs400-crore deal for the sale of two land parcels in Chennai that would enable it to complete unfinished projects and refund buyers.

In this regard, Omshakthy Agencies (Madras) Pvt. Ltd has been asked to deposit Rs90 crore for the sale of land in Chennai by 31 March.

Unitech had told the court in October that it would like to monetise its unencumbered properties and other assets to recover money that would be used for the process of refunding buyers and completing projects that are stuck. The next date of hearing is 26 March.

The SC decision follows an order from the top court in December staying the National Company Law Tribunal (NCLT) order, which barred Unitech directors from acting as co-directors of the company over alleged mismanagement of funds (See: Supreme Court nullifies NCLT order on Unitech takeover).

Earlier, the NCLT had barred directors of the real estate major from acting as co-directors of the company and also issued a notice to Unitech Ltd on the Ministry of Corporate Affairs' plea, seeking a response in four weeks.

Prior to that, the apex court had ordered Unitech to deposit an amount of Rs750 crore with the court. It had stated that the registry of the amount would be done by December-end, to ensure refund to its home buyers.

Unitech owes Rs723 crore to 51,000 fixed deposit holders, and the company and its subsidiaries are yet to deliver 19,000 flats to buyers.