Real estate firm Unitech said today that it plans to sell its non-core land parcels in order to reduce its debt by 15-20 per cent and improve cash flows for quicker execution of ongoing projects. 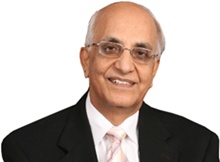 Unitech has over 100 ongoing projects, spread over a total area of 38.41 million sq ft. Its net debt stood at Rs5,900 crore at the end of the first quarter of this fiscal.

"We do have land that is non-core to the business that will be sold to improve liquidity and reduce debt exposure related risks," Unitech chairman Ramesh Chandra told shareholders in the company's annual report for the 2013-14 financial.

Chandra said that the cash flows of the company were affected during the last financial year by adverse market conditions and a consequent slowdown in sales. He added that Unitech has taken a strategic decision to reduce debt exposure.

He said the company has in the recent past undertaken the sale of some land parcels for which it has no development plans in order to bridge the cash flow gap.

Apart from land sales, Chandra said it is also monetising some of its commercial assets. "All these transactions, once concluded, could reduce the company's consolidated debt by about 15 to 20 per cent," he said.

In June, Unitech had sold its 40-per cent stake each in four IT SEZ projects for over Rs1,300 crore to Canada's Brookfield Asset Management.

The Unitech chairman also emphasised on increasing the pace of delivery of projects.

"Since the pace of new projects sold in the last few years was significantly faster than the speed of delivery, the equilibrium in the system was disturbed. Restoring this equilibrium by increasing the pace of delivery is a key priority for the company," Chandra said.