The committee of creditors (CoC) for Binani Cement on Monday voted in favour of accepting UltraTech Cement’s Rs7,950-crore bid amidst a challenge in the Supreme Court by the Dalmia Bharat-led consortium seeking disqualification of the Aditya Birla Group company from bidding for the stressed assets of Binani Cement. 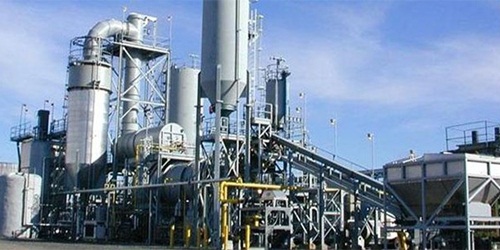 The acquisition of Binani Cement will, however, be subject to the Supreme Court’s ruling against the 15 May order of the National Company Law Appellate Tribunal that allowed lenders to consider UltraTech’s revised offer.
The revised bid by UltraTech is nearly Rs1,000 crore higher than that of Rajputana Properties, a wholly-owned subsidiary of Dalmia Bharat Group, the other bidder being considered by the creditors.
Financial creditors led by Edelweiss Asset Reconstruction Company voted to accept UltraTech Cement’s offer as the highest bid received under the insolvency and bankruptcy process initiated against Binani Cement.
While the CoC insisted that UltraTech’s bid exceeded lenders’ expectation of recovery and that Dalmia Bharat’s claim that UltraTech was ineligible to vote under Section 29(A) was unsubstantiated, creditor banks said they would have to abide by the Supreme Court’s ruling on Dalmia Bharat’s allegation.
The CoC had earlier declined to allow Ultratech to revise its bid for Binani Cement as there was no provision for revising a bid.
UltraTech Cement tried multiple times to revise its bid for Binani Cement. However, the creditors did not consider it as the offer was made after the deadline.
The National Company Law Tribunal (NCLT) had asked lenders to reconsider UltraTech Cement’s bid after they had rejected it earlier (See: NCLT orders Binani lenders to consider UltraTech offer).
Dalmia Group declined to increase the bid offer insisting that all the financial lenders’ claim of interest would be paid “as-on-date.”
The Supreme Court is likely to hear the appeal by Dalmia Bharat next week. The consortium is challenging UltraTech’s eligibility to bid under the Insolvency and Bankruptcy Code, which disallows defaulting promoters from being resolution applicants.
Dalmia’s contention is that UltraTech is working in concert with Binani Industries Ltd, the parent of Binani Cement, and is hence a defaulter.
UltraTech Cement was not allowed to revise its bid for Binani Cement since lenders had agreed not to entertain the second highest bidder in the case.
Meanwhile, Ultrateck made a parallel deal with Binani Industries. This entailed buying its cement assets for Rs7,266 crore and the lenders would withdraw its application to terminate the insolvency process.
Other members of the Dalmia Bharat-led consortium include Piramal Enterprises and Bain Capital.
“The process has been laid out and has to be followed. The (value) maximization is happening beyond the process, which is not correct. It is a lacuna in the law and is being decided by NCLT (National Company Law Tribunal) and SC,” Ajay Piramal, chairman of Piramal Enterprises, said in an interview.
Besides Edelweiss ARC, the CoC includes IDBI Bank, Bank of Baroda, Bank of India and State Bank of India (SBI).
Binani Cement, which owes Rs6,469 crore to its financial creditors, is among the top 12 companies referred by the Reserve Bank of India for insolvency proceedings.
MORE REPORTS