Elon Musk, the new owner and chief executive of social media platform Twitter, has fired almost all of the company’s India team, as part of a global restructuring of its workforce to reflect its new ownership. 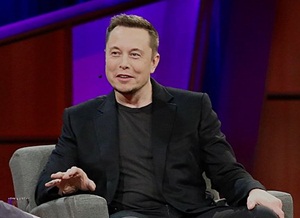 The US-based microblogging platform on Friday fired nearly 180 of its 230-odd employees in India, reports citing employee and other sources said.
The layoffs affected content, partnerships, content curation, sales, and social marketing teams, the reports added.
Twitter employees in India started receiving termination notices as early as 4 am in the day. A few lucky ones also received ‘survivor’ emails, reports citing Twitter staff said.
Musk plans to slash half of its global workforce of around 7,500, according to reports by Bloomberg and Reuters.
Twitter employees globally started receiving emails at around 4am IST on 4 November, informing them that they will lose access to Twitter’s internal systems, like Slack, emails etc, if their job is impacted by the downsizing.
Twitter had, on Thursday, sent formal emails reportedly asking workers to stay at home and wait for another email that will update them about the status of their job.
“In an effort to place Twitter on a healthy path, we will go through the difficult process of reducing our global workforce," said the email sent to workers, Reuters reported on Friday.
Musk, who completed the $44 billion takeover of Twitter last week, immediately started the purge, first firing its top executives, including CEO Parag Agrawal, CFO Ned Segal along with legal and policy head Vijaya Gadde. Several top executives, including CMO Leslie Berland, left the company on their own after the firing of top executives.
All offices of Twitter will remain temporarily closed and employee badge access will be suspended.
This, according to the company, is being done "to help ensure the safety of each employee as well as Twitter systems and customer data."
‘Survivor’ list included mostly those engaged in extremely critical maintenance operations as well as government engagement functions, reports said.
These employees too have been retained “for now” and the social media platform will decide on their roles “soon”, say reports citing employees.
MORE REPORTS