More reports on: In the news, Pepsico

Twitter adds PepsiCo CFO Hugh Johnston to its board

Twitter yesterday added a PepsiCo Inc executive and a UK entrepreneur to its board as chief Jack Dorsey continued his efforts to reinvigorate the one-to-many messaging service. 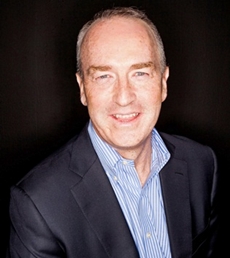 In a tweet from his @jack account, Dorsey welcomed to the board, PepsiCo chief financial officer Hugh Johnston and Martha Lane Fox, travel website Lastminute.com founder and a member of the House of Lords.

Johnston sent a second tweet a few hours later, which was a photo from a season-opening home game of the Mets baseball team in New York.

Thanking Twitter chief Dorsey and board executive chairman Omid Kordestani in a tweet from account @Marthalanefox she added, "I can't wait. Best. Job. Ever. Watch out silicon valley."

Dorsey and Kordestani replied with tweets that promised that Twitter intended to make the board more diverse. There was also more news on the horizon.

Since making a grand entry a decade ago, Twitter had emerged as a must-have tool for journalists, activists and celebrities but had struggled to show it could expand beyond its devoted "twitterati" to become a mainstream hit.

Meanwhile, board members Peter Currie and Peter Chernin's terms expire at Twitter's 2016 annual shareholders meeting. According to the  filing, Currie and  Chernin were not considered for re-election, at their requests.

Twitter, a social media site known for hashtags and a 140-character "tweet" limit, had experienced a long streak of robust growth that turned it into one of the internet's hottest companies. But, the micro-blogging site's expansion had slowed dramatically over the past year and a half.