Twitter, the world's most popular micro-blogging site, has appointed a young Kashmiri communications professional to head its Indian unit, where part of his remit is to track and manage its relationship with politicians and government officials. 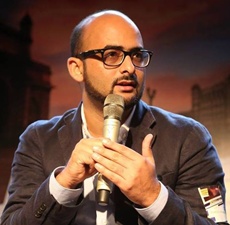 Raheel Khursheed, in his early 30s, has joined Twitter India as the head of its ''news, politics and government partnerships'' unit, and reportedly took charge on Monday.

Khursheed refused to talk to the media, but has updated his LinkedIn profile to say he now heads the ''News, politics & Govt partnerships at Twitter India''.

''I provide front line technical support to news, government, political users of Twitter, managing, tracking and expanding Twitter's relationship with journalists, editors and government officials and politicians; increasing the active usage of Twitter significantly among them,'' Khursheed wrote on LinkedIn.

Khursheed has been tasked to develop ''best practices and new story formats, and drive adoption by news, government and political users''.

A journalist-turned-communication professional, Khursheed has had an impressive career in both journalism and online communication. Previously he was director of communications at India at Change.org, the world's largest petition platform.

He led the online 'stop rape now' campaign on Change.org after the Delhi gang-rape in December 2012, which is still vivid in the consciousness of the Indian public.