After Tesla founder Elon Musk suggested through Twitter that local sourcing norms were preventing his company from setting up manufacturing in India, the Department of Industrial Policy and Promotion too took to Twitter on Tuesday to allay these concerns. 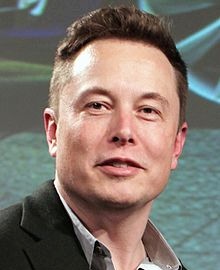 On Monday, in response to a query, Musk had tweeted, "May be I'm misinformed, but I was told that 30 per cent of parts must be locally sourced and the supply does not yet exist in India to support that." (See: Tesla may put off India plans over local sourcing worries). Only hours later, DIPP - which is responsible for implementing the foreign direct investment (FDI) policy - issued a clarification.

"Not correct. FDI policy of India does not mandate any such minimum sourcing of components by manufacturers," it said, adding that after manufacturing in the country, a foreign investor is entitled to sell in any manner - wholesale, retail or and ecommerce.

Tesla has been engaged with the Indian government and its agencies over entering India, with the cutting-edge electric car manufacturer earlier indicating that it would launch vehicles during 2017. The government has offered it land near ports to set up manufacturing facilities, and a number of customers have made an advance booking for its much-awaited Model 3 by paying $1,000.

Officials said they were surprised by Musk's tweet since car manufacturers sell through dealers and not through direct retail.