TCS pips IBM with market cap of over $120 billion 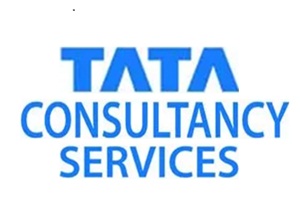 On Monday, TCS also pipped Reliance Industries to take the top spot among the most valued Indian companies, BSE data showed
TCS, which was also ranked as the world’s fastest-growing IT brand, gets over $2 billion per year only through its analytics business, making it the largest chunk of its digital revenue.
Analysts attribute the massive jump in TCS’ market valuation to the company’s shift of focus towards emerging tech. While TCS had increased their hiring in IT by 377 per cent, most of these have been candidates with expertise in artificial intelligence, blockchain, data mining and analytics, among others.
For fiscal 2019, TCS had a net profit of $4.5 billion from a total revenue of $21 billion, while the corresponding numbers for IBM, for the year ended 2018, were $8.7 billion from $79.6 billion. Over the years, while TCS, which was set up in 1968 as a division of Tata Sons, has been recording higher growth in revenues and net profit, IBM’s numbers had seen several ups and downs, Bloomberg data showed.
In fact, after Rajesh Gopinath took charge as the CEO of TCS in February 2017, the company has been focused on digital business. Larger service under the TCS umbrella, such as application development and maintenance, were broken down into smaller units such as enterprise application services, cloud applications, micro-services and APIfication. Cloud infrastructure was also set up to be a separate unit.
Meanwhile, in the markets, the sensex and Nifty logged gains for a second straight session on Monday, mainly driven by IT stocks amid positive global cues after the US took trade tariffs off the table against Mexico. The sensex rose 169 points to close at 39,785, and the Nifty gained 52 to settle at 11,975. The rupee, however, fell 18 paise to 69.65.
Both BSE and NSE opened flat on Tuesday and the rupee appreciated 16 paise to 69.49 against the US dollar.
MORE REPORTS