The board of Tata Consultancy Services would meet on Monday to consider a share buyback plan, TCS said in a statement to stock exchanges on Thursday. 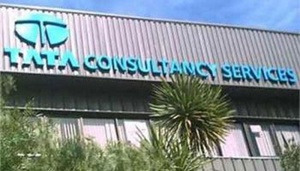 In its statement, TCS said, ''We would like to inform you that the board of directors will consider a proposal for buyback of equity shares of the company at its meeting to be held on 20 February 2017.'' This would be TCS' first buyback since its listing in 2004.

Investors took the news positively, as stocks of domestic information technology (IT) majors TCS, Infosys, Wipro, Tech Mahindra and HCL Technologies were up by 1.4-3 per cent on Thursday.

Buybacks are seen as the preferred route over dividends, as they are more tax-efficient. Besides dividend distribution tax at an effective rate of over 20 per cent, dividend income in the hands of all residents, except domestic companies, trusts or funds, also attracts an additional dividend tax of 10 per cent on dividend income over Rs10 lakh a year.

In its statement, Infosys said it has a clearly defined capital allocation policy, which is periodically reviewed by the board. ''We have increased the dividend payout twice in the past three years as a result of this process. The board and the management will continue to review the policy and take a decision at an appropriate time,'' the company said.

Indian IT services players such as TCS and Infosys have been faced with questions from investors, both large and small, on the utilisation of excess cash and why companies are not returning it to shareholders.

''With maturity in growth of Indian IT, the imperative to return excess cash to shareholders is high. We believe there is scope to optimise capital allocation, especially the buyback route, with valuations also at historical lows,'' said Apurva Prasad and Amit Chandra, analysts at HDFC Securities, in a note on Thursday.

Such calls come at a time when business growth is slowing. Headwinds faced by clients in the world's largest IT market, the US, which account for a large share of revenue for most Indian IT companies, have led to volume as well as pricing pressure for the companies.

Donald Trump's victory as US President and consequent measures to incentivise employment in the US software industry through possible visa and remuneration restrictions for non-US companies have only compounded their woes in recent times.

Indian IT services companies have also been cautious to make big-ticket acquisitions, besides being somewhat late to look at newer technologies such as cloud and digital, says a Business Standard report.

While there has been pressure on business growth, and acquisitions are an option, companies continue to generate a lot a free cash flow year after year. Free cash flow is calculated as cash flow from operations less all capital expenditure required to sustain the business. And this cash kitty has been growing every year for these companies.

While details of TCS' buyback proposal will be known on Monday, analysts have, for now, assumed it would buy back shares up to 10 per cent of its net worth or about Rs8,400 crore from its cash kitty of over Rs38,000 crore. A buyback up to 10 per cent of net worth can be approved by the board, while a buyback above that needs shareholder approval.