Ishaat Hussain to replace Cyrus Mistry as chairman of TCS

Tata Sons has removed Cyrus Mistry as chairman of software major Tata Consultancy Services (TCS) and appointed Ishaat Hussain as the chairman of the group's most successful firm. 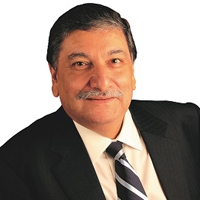 Tata Sons, which holds a 73.26-per cent stake in TCS, has called an extraordinary general meeting of shareholders "to consider a resolution for the removal of Cyrus P Mistry as director of the company," the software firm said in a regulatory filing.

TCS said Hussain shall hold office as chairman of the company until a new chairman is appointed in his place.

In a statement issued to the shareholders and the public in response to several emails and calls from across the globe on the group's operations and future course of action after the board of Tata Sons decided to remove Cyrus Mistry as its chairman, Tata Sons said its companies and operations would continue as usual.

''The directors of Tata Sons are primarily concerned with the results of Tata Sons and their duty to all its shareholders, particularly, the Tata Trusts, who hold 66 per cent of the equity capital.''

In this context, Tata Sons pointed out that Cyrus Mistry has been executive vice chairman of the group for one year ans executive chairman for nearly four years – a period enough to show results.

Instead, the group's dividend payout from 40 companies declined from Rs1,000 crore  in 2012-13 to Rs780 crore in 2015-16. This excludes TCS as Mistry had no role in the functioning of TCS and his contribution was nil. Also, of the Rs780 crore Rs100 crore came from budgetary changes.

On the other hand, the group's expenses (other than interest on debt) on staff increased from Rs84 crore to Rs180 crore and other expenses increased from Rs220 crore in 2012-13 to Rs290 crore in 2015-16. There was little or no profit on sale of investments. But for the TCS dividend and even without impairment provisions, Tata Sons would have shown losses over the last three years except for a small profit in between.

Hussain, a director of several Tata companies, including Tata Steel and air conditioning and engineering arm Voltas Ltd, will remain TCS chairman until a permanent new replacement is done.

He currently serves as chairman of Voltas and satellite television provider Tata Sky.

Tata Sons holds 28.01 per cent in the hospitality group.