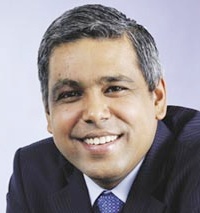 An agreement to this effect has been signed yesterday by Tata Sons group executive council member Madhu Kannan and EDC president and CEO Benoit Daignault.

Mumbai-based Tata Sons has invested over C$1.3 billion in Canada over the past five years, with C$355 million last year alone.

Commenting on the agreement, Kannan said, "The Tata group has had a long standing and successful presence in Canada.

EDC continues to be a very important partner for us and we are delighted to enter into this funding arrangement with them which would facilitate the expansion plans of Tata companies."

"The Tata group is a critical organisation within a key market for Canada - India -- and the financing is a reflection of Tata's importance to Canadian exporters," said Daignault.

"Equally important is Canada's importance to Tata, with EDC's financing helping them deepen their roots here at home and create new opportunities for Canadian companies," he added.

The Tata group, founded in 1868, is a global enterprise operating in more than 100 countries across six continents.  There are 30 publicly-listed Tata enterprises in diverse fields with a combined market capitalisation of about $134 billion. The group's total revenue for the fiscal 2014-15 was $109 billion.