French energy giant Total Energies and the Iraqi ministries for oil and electricity along with the country's National Investment Commission have signed major agreements, worth $27 billion, covering several projects in the Basra region, designed to enhance the development of Iraq's natural resources and to improve the country’s electricity supply. 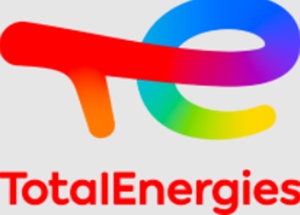 As per the agreements, Total will build four giant energy projects in southern Iraq involving investments of around $27 billion, the country's oil minister Ihsan Abdul Jabbar said.
Total will initially invest approximately $10 billion in various projects related to oil and gas as well as electricity generation in the Basra region.
Total will invest in installations to recover gas that is being flared on three oil fields and as such supply gas to 1.5 GW of power generation capacity in a first phase growing to 3 GW in a second phase, and, on the other hand, will also develop 1 GWac of solar electricity generation capacity to supply the Basra regional grid. The agreements include construction of a new gas gathering network and treatment units to supply the local power stations, with Total Energies also bringing its expertise to optimise oil and gas production of the Ratawi field, by building and operating new capacities.
Jabbar said the first phase will include a $3 billion investment by the French group in a project to inject sea water into oilfields to enhance crude recovery.
Total, he added, will also provide $2 billion to build a processing plant for gas produced at the southern fields of West Qurna 2, Majnoon, Artawi, Tuba and Luhais.
It is expected to produce 300 million cubic feet of gas per day (mcf/d) and double that after a second phase of development, Jabbar said.
The oil minister said that the gas produced from Total's project in the south will help Iraq to cut its gas imports from Iran, with the domestically produced gas also cheaper than the Iranian gas.
The cost of the gas imported from Iran is around $8 per million Btu and the gas that will be produced from Total's project would be $1.50 per million Btu cheaper, Jabbar said.
Besides, the French company will construct and operate a photovoltaic power plant with a capacity of 1 GWp to supply electricity to the grid in the Basra region.  These projects represent a total investment of approximately $10 billion (100 per  ent share).
“These agreements signal our return through the front door to Iraq, the country where our company was born in 1924. Our ambition is to assist Iraq in building a more sustainable future by developing access to electricity for its people through a more sustainable use of the country’s natural resources such as: reduction of gas flaring that generates air pollution and greenhouse gas emissions, water resource management and development of solar energy,” said Patrick Pouyanné, TotalEnergies' chairman and CEO.
Total started its activities in Iraq in the 1920s with the discovery of Kirkuk field. In the 1970s, Total brought the Buzurgan and Abu Ghirab fields on stream. The company currently has a 22.5 per cent interest in the Halfaya oil field producing approximately 20,000 barrels per day (Total’s share) in 2020. Total sells lubricants in Iraq through distributors on the local retail market.
Iraq, a country rich in natural resources, is experiencing electricity shortages while it faces a sharp increase in demand from the population.
MORE REPORTS