Debt-laden Toshiba Corp has rejected two preemptive bids for its Swiss-based smart metre group Landis+Gyr as too low and has hired bankers to prepare debt packages of around $1 billion, Reuters yesterday reported, citing people familiar with the matter. 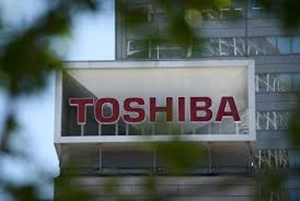 Toshiba has rejected the bids for nearly $2 billion from private equity firm CVC Capital and Japan's Hitachi, while another private equity group, which had made an offer earlier this year was also rejected, the report said.

Toshiba is instead waiting for tentative offers to come in by a 22 May deadline, for which potential suitors including Advent, AEA Investors, BC Partners, Bain Capital, Blackstone Group, Carlyle, Cinven, CD&R, Onex and Triton are expected to bid, the report added.

Toshiba had hired UBS to explore a potential sale or initial public offering of Landis+Gyr, which could take place as early as after the European summer.

Toshiba initially acquired the whole of Landis+Gyr in 2011 for $2.3 billion and a month later sold a 40-per cent stake to state-backed Innovation Network Corporation of Japan for $680 million.

Founded in 1896 as Elektrotechnisches Institut Theiler & Co in Zug, Switzerland by Richard Theiler, the company changed its name to Landis & Gyr in 1905.

In 1998 Landis & Gyr was acquired by Siemens, and then again spun out in 2002 under the new name of Landis+Gyr.

Landis+Gyr produces smart meterbbbs, smart grid equipment and related technology and services, and has around 8,000 customers in over 30 countries, which are mainly energy, gas and electricity utility companies.

Toshiba is also seeking to raise at least ¥1 trillion ($8.8 billion) from the sale of its majority stake in its flash memory chip business.